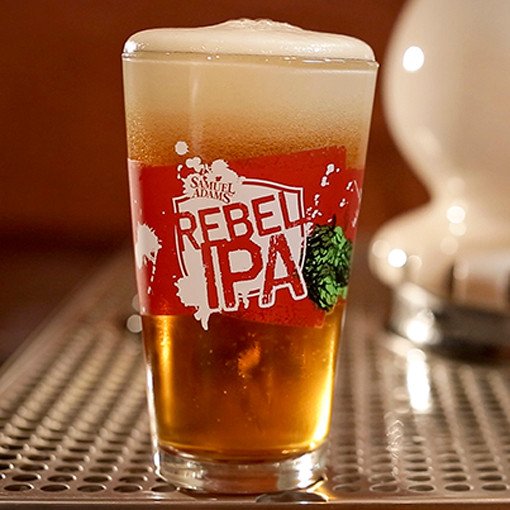 Indian Pale Ales, or IPAs, are a hoppy alternative to watery beers like Coors Lights and Natty Ices. And Rebel IPA is Samuel Adams’ latest release. It has 6.50% ABV and nabbed a score of 81 percent on Beer Advocate. Why do we reference them? Because they put time and effort into their beer reviews, whereas we drink them and fire off an armchair opinion. That said, here goes …

We tasted some citrusy and some grapefruit flavors in there, but nothing too overpowering and nothing that really set it apart from other IPAs. Truth be told, in a blind taste test we probably wouldn’t know the difference between Rebel IPA or some random brand.

That doesn’t mean Rebel IPA didn’t taste good. It did. But it’s like a pizza joint in New York City. Actually, since we’re discussing Sam Adams let’s go with Boston. You can drop into a pizzeria and grab a slice and be satisfied but never remember the name of the place you went to. The slice was still tasty, but it didn’t blow your skirt up. That’s Rebel IPA for us. We drank them and were happy with what we were consuming, and we totally might grab them again sometime if we saw them. But it wouldn’t be a mission.

In short, our overall impression of Rebel IPA: Good not great. Or if you want a more positive spin: Way better than shitty.