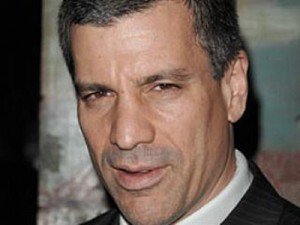 Fox Business News senior correspondent Charlie Gasparino is a Pulitzer-Prize nominated journalist whose job is basically to know what the hell’s going on behind the closed, wood-paneled, gold-leaf-covered doors on Wall Street. So he has a pretty good idea of how screwed up things are.

He’s also a former boxer who enjoys martinis and “ripping out the lungs” of his competition. So we figured he’s a guy we wouldn’t mind talking finance with.

We caught up with Gasparino not long after the release of his latest book, Bought and Paid For: The Unholy Alliance Between Barack Obama and Wall Street, and asked him to help us understand what the hell is going on.

So hold on a minute. What’s the alliance between Obama and Wall Street, and why is it unholy?
The popular conception, I think, is a misconception. And it’s that Obama hates these big banks — but I don’t think he does. These guys who run the big Wall Street firms — which by the way have made a lot of money over the past two years — are incredibly progressive. And they support this guy politically. They helped put Obama in office, and I talk about why they started giving to his campaign. Wall Street makes a lot of money from government. Think about it: when they go into debt they need someone to underwrite those securities.

Who’s the most famous person on Wall Street we’ve never heard of?
Mark Gallogly — he used to work for Blackstone Group, now he has his own company. He’s the guy who first introduced Obama to the Wall Street honchos in 2007.

What one economic indicator should we pay the most attention to?
None of them are perfect but I’d say the unemployment rate. If the consumer isn’t in the game – working and spending – the economy can’t grow. The reality is that companies can be lean and mean, showing profits, but if you have 10 percent unemployment, who cares?

What should we investigate before parking our money in a major institution?
When you deal with a broker, there’s a lot you should worry about. First, search FINRA’s [Financial Industry Regulatory Authority] records and look for information on your broker. Then you gotta remember that brokers are there to sell you stuff. They don’t necessarily have your best interests at heart. So don’t give them a free license to control your account.

I would also watch gimmicky investments, like annuities. They have fees, and small investors get stuck in these crumby things. And by the way, when you invest in mutual funds with a broker, you’re paying twice: once for commission, and twice for the fund’s fee. You can do it yourself by calling the company directly.

In your book you say that government bureaucrats tricked us into buying homes. How’d they do it?
They created incentives that made people take out these home loans.  They had Fannie Mae and Freddie Mac in the markets, buying up all those mortgages so the banks had more money to lend. And because they created those incentives, housing prices went up. So they made housing less affordable, not more affordable. People had to take out bigger loans that they couldn’t afford.

What do you wish every American knew about the financial markets?
That housing might be a good thing but it shouldn’t be the only thing. You shouldn’t go into complete debt to own a home. And you can’t flip it like a stock. That’s ridiculous — economic reality always kicks in.

What do you invest in?
No comment. Do you really want a journalist giving investment advice?

Lastly, you’re known as a bit of a drinker. What’s the best cure for a hangover?
Working out and drinking more.