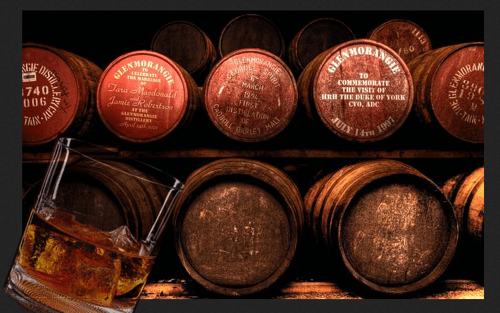 After 30 whole months as corporate lawyers, Steve Abt and Moiz Ali decided to launch Caskers.com, a sort of booze-of-the-day Web club that gives its members access to a rotating stock small-batch, top-shelf bourbons, ryes, vodkas, rums, gins, and more that almost certainly aren’t stocked at your local liquor store.

We contacted Abt and Ali to talk shop. Sadly, we didn’t get any free samples, but they were nice enough to offer ModernMan readers $5 off their first order — all you need to do is type in the coupon code MODERNMAN when you check out. Here’s what the guys had to say …

We wouldn’t call going from practicing law to online liquor sales a common career path. Would you?
Abt: We’ve been into craft spirits for years. When we were in law school in Boston, we couldn’t find anything but Jack Daniels and the usual brands in the stores. Even when we moved to a huge metropolis like New York we still had a hard time finding great craft spirits.

Ali: We figured these craft distilleries need better distribution and brand recognition, and consumers need a way to learn more about craft spirits so they’re not just drinking the Jack Daniels and Jim Beams of the world. Nobody else was doing it, so we left our respective law firms to found Caskers.

Can you walk us through the process once you get the invitation?
Ali: You can request an invite at caskers.com, and once you get access, you’ll find between six and 12 craft spirits available for order. We want members to try lots of different spirits, no overwhelm them with variety. So we offer a few new varieties every week. At any given time we’ll offer a few whiskeys, and maybe a couple good vodkas or a couple good rums or gins.

You also school members as to what they’re drinking.
Abt: We tell the story behind each spirit and provide tasting notes to give a sense of what to expect from a particular variety.

Do you recommend starting with whiskey neat and then branching out?
Abt: Guys need to get over the idea that you need to drink whiskey neat to be a “real man.” You should drink whiskey the way you like to drink it — add water, drop an ice cube in there, or mix it a cocktail.

Ali: It’s not like there’s just one type of whiskey; there’s bourbon, single malt, ryes, blends. You don’t know what you like until you try everything.

What is it you’ve been ordering for yourselves?
Abt: I drink a lot of rye, and I generally drink it neat. Sometimes I’ll throw an ice cube in.

You’re drinking whiskey right now, aren’t you? We can smell it over the phone …
Abt: [Laughs] No, we try to stay productive during the week, but we do sample things from time to time.