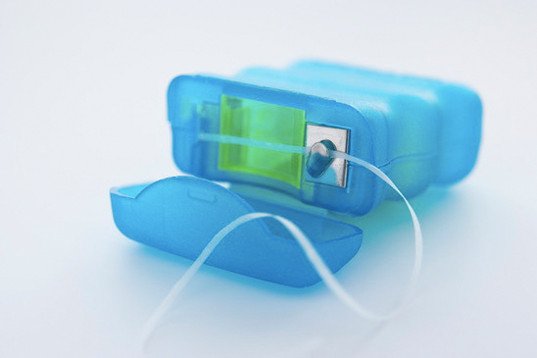 Since we were kids we’ve been told by dentists like this Dentist in Naples, parents, and toothferreis that we should floss our teeth. And we never questioned why because it made sense — the tiny, durable piece of string would get into tight crevices and remove food bits that might otherwise lead to cavities. Then, some years ago, reports via the interwebs — where else? — surfaced that flossing’s benefits weren’t backed by science. Turns out, that’s true. From the Chicago Tribune:

The AP is right: The evidence for the efficacy of floss is not great. Floss is a 19th-century invention. Flossing recommendations are based on assumptions: that it removes plaque from between teeth and gums and that, since plaque leads to tooth decay and gum disease, flossing should improve or prevent these conditions. But this is largely anecdotal and does not rise to the standard we have for medical treatments in the 21st century.

In fact, the U.S. government dropped flossing from its list of recommendations for dental health because of this dearth of scientific evidence. (However, they’ll still tap into your phones, because freedom!) Still, most dentists still suggest flossing,and not because they have stock in Colgate. Take Matthew Messina’s quote to Health.com. Messina serves as a consumer advisor for the American Dental Asociation:

There’s not a tremendous amount of long-term evidence, pro or con, on flossing. I think that comes out of the fact that the recommendation was put into place years ago—before there was a lot of scientific basis for these things—and no one’s gone back to catch up on the research.

And there is still plenty of anecdotal evidence for flossing. Dentists worth their co-pay should instantly be able to tell which patients floss because the teeth and gums are healthier. Now, this isn’t good enough evidence to be published in a dental journal — like you’d actually read that, anyway — but it is good enough for many people. On the other hand, if you aren’t big into flossing, you can feel a little bit better about slacking off since Uncle Sam is no longer officially telling you to floss.

For more info on your chompers, read 6 Myths About Your Teeth