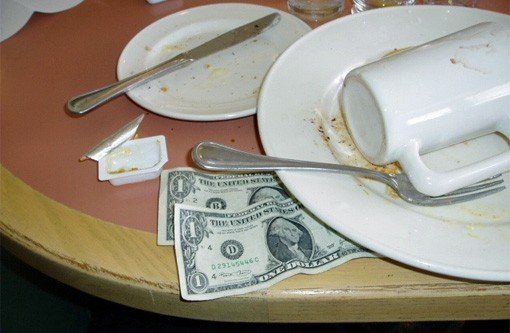 Tipping is tricky: Tip too little and you’re a jerk; tip too much and you’re a sucker. Any smartphone has a calculator that can work out percentage amounts for you, but they can’t tell you what that percentage should be for different services in the first place.

That’s why we’ve compiled a list of people you’d typically be expected to tip, and laid out how much you should typically tip them. Remember, it’s okay to be frugal, but don’t be a cheapskate; if you don’t think you can afford an appropriate tip, then you can’t afford whatever it is you’re paying for in the first place. 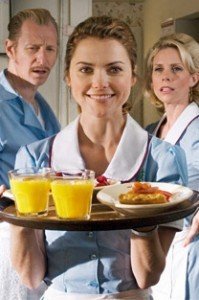 SERVERS
If you don’t tip waiters, you’re an asshole. Tips are part of their regular wages, not an extra bonus that’s only deserved when they’re exceptional. That said, how much you tip can depend on how good your service was. Here’s a general guideline:

10 percent: The food was served cold, the server was useless, and no apologies were made

15 percent: The food was good, and the server fulfilled the basic requirements of his or her job

20 percent or more: The food was good and your server went above and beyond, e.g., providing valuable advice regarding your meal choices, or being extraordinarily attractive

There’s seemingly no reason to tip for carry-out food, but someone — often the host or hostess — took the order over the phone and packaged it. If you don’t tip, okay, but it’s nice to throw in a few bucks, especially if it’s a huge order.

PIZZA DELIVERY DUDE
Two bucks a pie is the minimum; 15 percent of the bill is nice.

TIP JARS
There’s no need to feel guilty if you decide to drop the change in your pocket instead of the jar. Leaving money here is optional.

BARTENDERS
The standard is $1 per beer and $2 per mixed drink. For better service when it’s busy or if you’re after stiffer drinks, drop a $10 or $20 on the first round and coast from there.

TOW TRUCK DRIVER
Unless the city employs the people towing you, give $3-$5 per car towed. 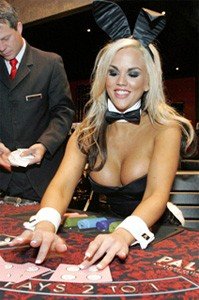 CASINO WORKERS
Poker, craps, blackjack, and roulette dealers should get $5 per session. If you win big, give 10 percent, up to $25. Toss the cocktail waitress a $1 chip each time she swings by with a drink.

MOVERS
It depends on the size of the move, the weather conditions, how many flights of stairs they need to tackle, and how carefully the movers handled your belongings. Giving each person $20 is a good place to start, and then go up from there based on other factors. A few more good rules: Giving the guys water or lunch doesn’t count as a tip, never offer them booze, and give the tips to each guy individually instead of giving all the money to the foreman.

BARBERS
Use the 15-percent-to-20-percent rule.

TAXI, LIMO, SHUTTLE DRIVERS
Bank on 15 percent of the meter. If you’re a weakling and the cabbie helps with your bags, add a dollar per bag. If you order a limo, check to see if the gratuity was already added so you don’t overpay.

COATROOM ATTENDANTS
One dollar per coat.

SKYCAPS AT THE AIRPORT
Heavy bags generally get $2 a pop. If you’re behind schedule and are ushered to your flight, add an extra $5-$20 for the helping hand.

BATHROOM ATTENDANTS
Yeah, we hate them too. But suck it up and drop $1 in the jar, grab a mint, and let the guy hand you a paper towel.

HOTEL HOUSEKEEPERS
A chain hotel that smells like an ashtray but has housekeepers who never fail to deliver fresh towels should get $1-$3 per night. A five-star hotel should be $5-$10. And don’t just leave the loot at the end of your stay; personnel changes daily. Leave it on the nightstand or somewhere visible.

HOTEL CONCIERGE
If he hooks you up with tickets or reservations, drop him a 5-spot. If the tickets are tough to get and he pulls strings, flip him at least $10 — but use your judgment. If you’re simply asking directions to the Spearmint Rhino, just smile and say thank you.