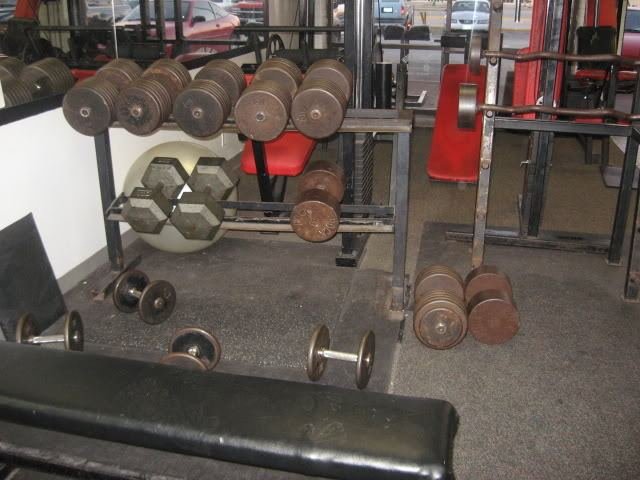 Study: The Gym Is Super Filthy

Even if you go to a gym that looks nothing like the one in the above photo — and for crying out loud, please let that be the case — here’s some bad news: it’s still gross and filthy and filled with bacteria. Recent research from fitrated.com found that, among other nastiness, free-weights have more bacteria than the average toilet seat.

The researchers noted that people who go to the gym may be putting themselves at risk for developing an infectious illness, which pairs well with a well-sculpted physique. The bacteria found on exercise equipment can cause blood poisoning, skin infections, and pneumonia.

Additionally, some bacteria can be resistant to antibiotics. The researchers have stated that people should — you guessed it — wipe down machines with disinfectant before they use them. It’d also be wise to avoid walking around barefooted in the gym or locker room. And it’s a good idea to change clothes immediately after they complete their workout.

Here’s a handy chart from fitrated.com that explains how gross things at the gym really are: 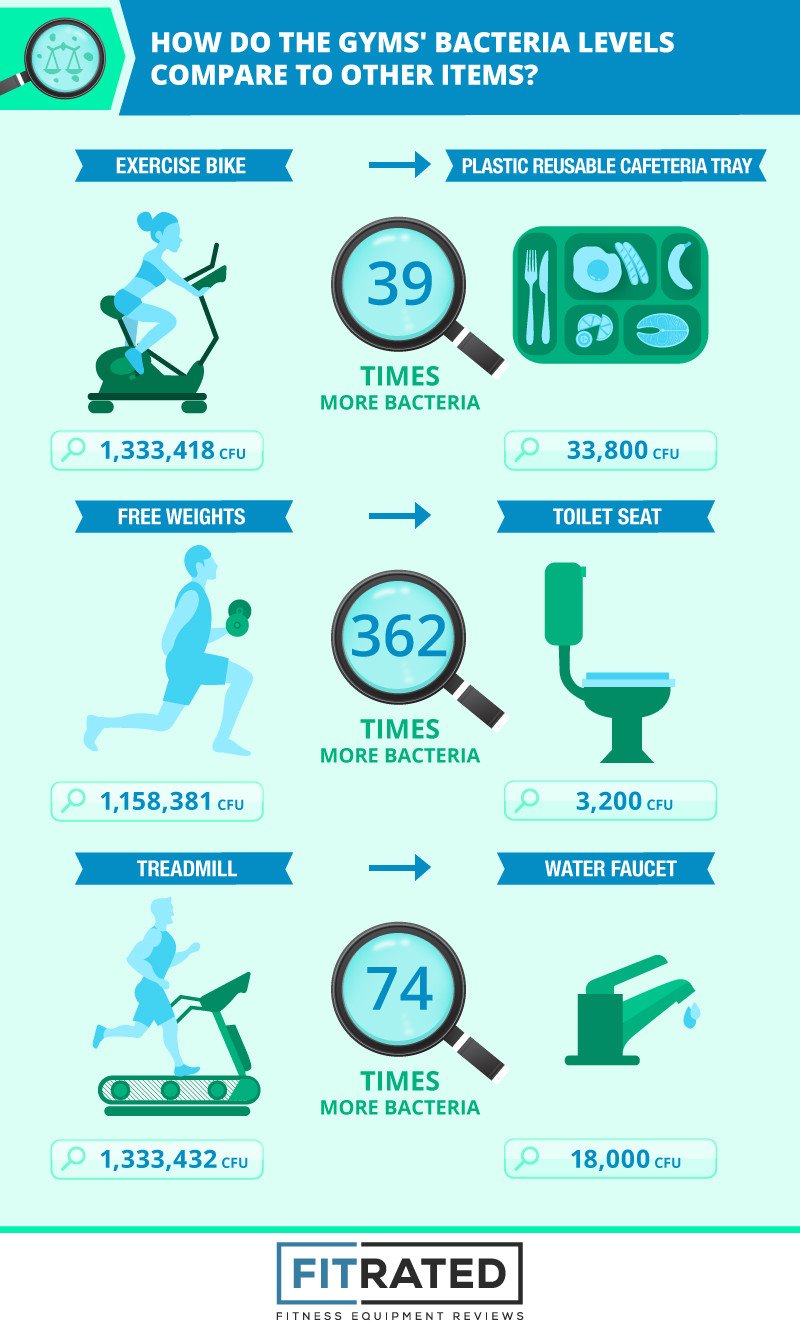