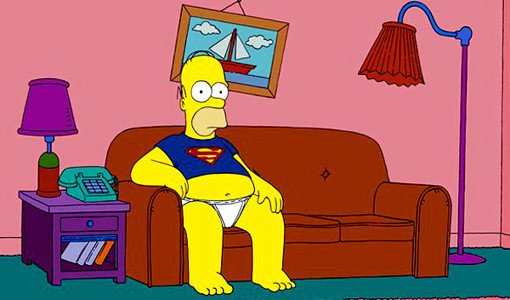 Bad news for couch potatoes. A new study found that healthy men who watched 20 or more hours of television per week were likely to have lower sperm counts than guys who watched less TV. The research, which appeared in the British Journal of Medicine, involved sperm samples from 189 men ages 18-22, and (we’re guessing) a whole bunch of unhappy nurses. Scientists believe the drop off in sperm may be due to the way sitting around on your ass all day heats up your scrotum, which reduces sperm production. In other words, hot balls are bad for getting chicks pregnant.

The research also noted that dudes who put in 15 or more hours per week at the gym had 74 percent higher sperm counts than layabouts. However, we should also mention that the term “lower sperm counts” didn’t necessarily mean the guys were sterile or incapable of slipping one past the goalie; their sperm production was simply lower.

Along with watching too many reruns of Battlestar Galactica, here are six other things than can negatively affect your sperm count …

1) Wearing Undies That Don’t Fit
Wearing tighty whities that are too tighty will raise the temperature of your testes higher than your core body temperature; that’s not good for sperm count.

2) Abstinence
A 2003 study from Israel found that abstaining from sex for prolonged periods of time can cause sperm to lose shape and mobility.

3) Stress
If you’re too high-strung, GnRH hormone production may decline. We don’t know what the hell that is, but according to eggheads it totally messes with your sperm output.

5) Receipts
Bisphenol A (BPA) is a chemical found in many plastics, food packaging, DVDs, and receipts. More than 1 million pounds are released into the environment each year, and overexposure to it damages sperm production and efficiency.

6) Nonstick Chemicals
Teflon, Gore-Tex, and other nonstick chemcials manufactured with perfluoroakyl acids (PFAAs) can cut sperm production in half, according to a Danish study.