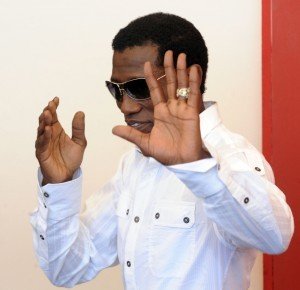 Wesley Snipes has a new home: A medium-security prison in northwest Pennsylvania. The awful jokes come easily enough (Passenger 57 is now Inmate No. 43355-018! What Blade needs now is a file!), but the sobering fact is, Snipes is going to spend the next three years in the clink.

All for not paying his taxes.

The actor reportedly owes $2.7 million he failed to fork over between 1999 and 2001. It’s a lot of money, but the fact that he’s actually doing time for it is shocking. Why? Because the vast majority of tax cheats don’t suffer many consequences at all:

· The tax gap — the difference between how much Americans owe in taxes and how much they actually pay — currently hovers near $345 billion.

· The vast majority of tax evaders avoid prison. Though, if the government does catch you, you’re going away for awhile: According to the IRS, 55 convicted tax evaders were sentenced to an average of 24 months in prison in the past two years.

· The Washington Post found that federal workers owed $9.3 million in back taxes last year, with elected officials in the House of Representatives racking up a $15,498 tab, and those in the Senate totaling $12,787.

· The IRS created a temporary amnesty program in 2009 that guaranteed zero jail time and reduced penalties for overseas tax stiffs if they voluntarily came clean. More than 18,000 people did.

· Evildoers who hide their money in offshore accounts may cost the U.S. up to $100 billion in annual tax revenue.