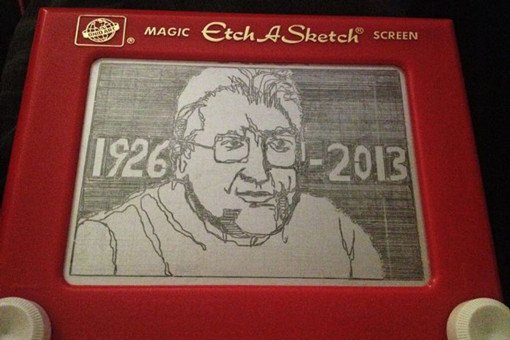 André Cassagnes, the dude in the above Etch A Sketch, invented the … Etch A Sketch back in the 1950s. Well, he died last month at 86. Why did we only just find out he, ahem, drew his last breath? Because he lived in France, and apparently they’re too busy eating snails and whatnot over there to report important news like this.

We admire Cassagnes for creating such an awesome toy. And while we were never particularly skilled at drawing things other than crude-looking curse words, crude-looking genitalia, and exquisite jumbles of lines, others have used the Etch A Sketch to create some shockingly detailed drawings. 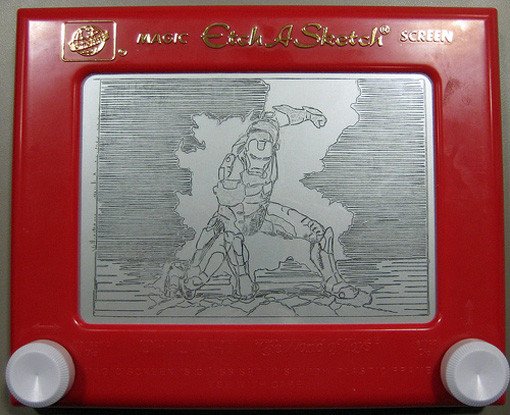 IRON MAN
We’d rather stare at this for two hours than rewatch Iron Man 2. 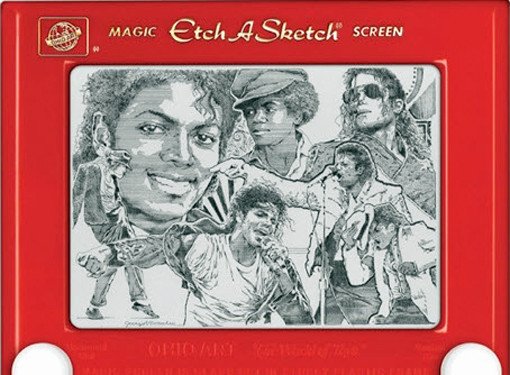 MICHAEL JACKSON
It’s refreshing to see Michael Jackson inside a children’s toy rather than the other way around. 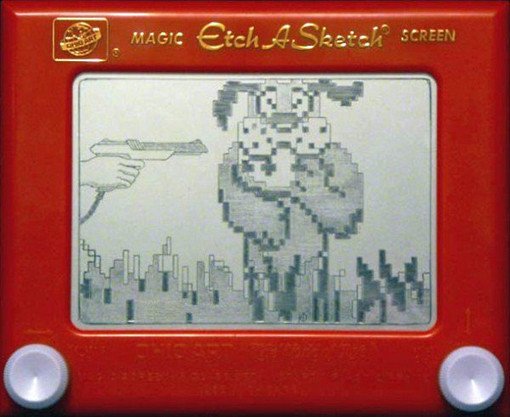 THE ANNOYING DOG FROM DUCK HUNT
Yes! That goddamn giggling mutt is finally going to get the comeuppance he so rightfully deserves. 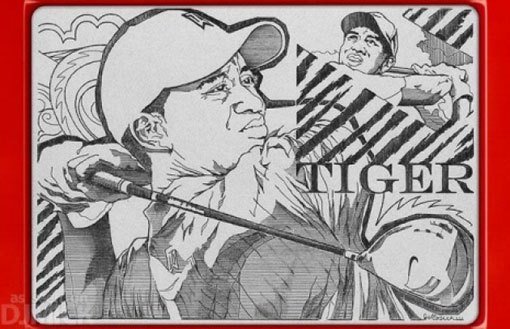 TIGER WOODS
The artist, though talented, really missed an opportunity to Etch A Sketch some naked chicks into this.