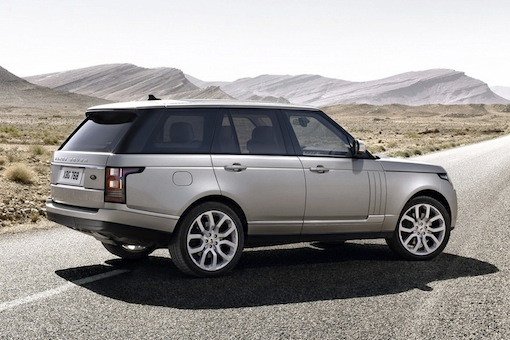 The fourth generation 2013 Range Rover has been completely redesigned and re-engineered from the ground up. And while that encompasses many changes, the most striking can be summed up with one number: 700. Yes, the new all-aluminum unibody platform saves an incredible amount of weight — almost 700 lbs. — from the last generation Range Rover, improving both performance and efficiency. Just as the weight has gone down, the luxury quotient has gone up thanks to an opulent interior and double-pane glass; the cabin remains quiet even while crawling over some seriously tough terrain.

We tooled around Utah and Arizona in the Range Rover, through all kinds of driving conditions — and it performed pretty much flawlessly no matter what. But where the Range Rover really proved its mettle was on a scabby, rock-strewn BLM trail in the mountains outside of Kanab, Utah. From rock crawling to muddy descents to narrow tracks of snow-covered ground, the Range Rover owned the (lack of a) road. That has a lot to do with the updated Terrain Response Control system; although you can choose one of five settings – Auto, Grass/Gravel/Snow, Mud/Ruts, Sand, and Rock Crawl – you’re probably best off staying in Auto mode most of the time. The Range Rover, in its infinite wisdom, simply chooses its configuration based on the feedback it gets from the rubber.