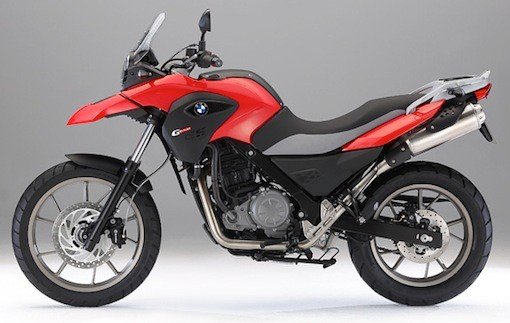 The weather in Wisconsin in early May is not ideal for motorcycling. It’s cold, with temps in the 40s, and strong winds howl across the state’s gently rolling farmland. That’s an especially big problem for me, since those winds are currently blowing my 2011 BMW G 650 GS into oncoming traffic. Well, into the opposite lane, anyway — lucky for me, there’s not a whole lot of traffic on southeastern Wisconsin’s country roads at 8am on a Sunday morning.

But that doesn’t bother me (well, for the most part) because the G 650 GS is a blast to ride. I’m on my way to the Slimey Crud Run, a twice-annual rally from Pine Bluff to Leland, two small towns west of Madison. While I’m square in the middle of Harley country, the Slimey Crud tends to attract foreign-made bikes, particularly head-turning European classics.

And while my 2011 G 650 GS  (base price: $7,350) may not be a classic, it has turned heads from the moment I picked it up from the good people at Schlossmann’s BMW Motorcycles of Milwaukee. Pretty much whenever I climb off the bike, the entry-level adventurer attracts all sorts of riders — seasoned and novice, men and women, tourers and commuters — who want to know if the bike might be right for them. My answer is always yes. 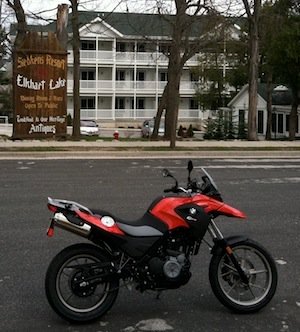 Why? For starters, the German-made, single-cylinder 652 cc powerplant produces 48 hp managed by a five-speed tranny that distributes power pretty much anywhere you need it. The GS now boasts optional heated grips, which I gratefully use in the frigid wind, and ABS, which I gratefully use when a car darts out in front of me from a farm. (It being Wisconsin, the woman driving all but hand-signals me back for some homemade pie in her effort to express her regret.) A new, simplified instrument cluster makes info gathering a breeze, though I stupidly still manage to nearly run out of gas (I get more than 50 mpg from the 3.7 gallon, under-seat tank) trying to keep up with larger tourers on the long ride.

Pine Bluff is only about 30 miles from Leland, but the group of about 12 guys I’m riding with has no interest in taking the direct route; besides, the Slimey Crud has no official route for bikers to follow. So instead we meander, logging more than 250 miles on the day. The bike proves surprisingly comfortable over that span — riders are given an option of three different seat-height positions — and I say that even though its 385 lb. dry weight and lack of significant windshield or fairing sometime leave me feeling like an ice-road trucker’s kite. But whether it’s the G 650 GS’s ease of use or do-anything bearing, that ends up being a pretty great feeling.