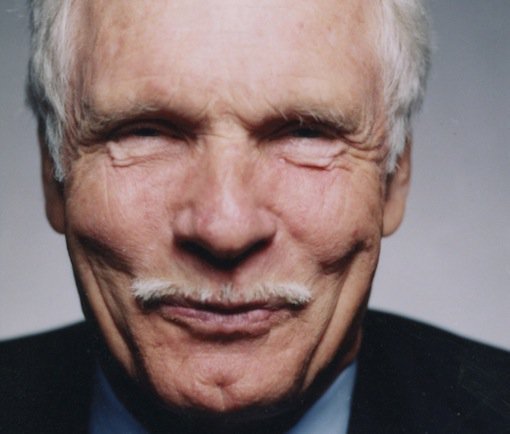 You’ve no doubt heard of Ted Turner, but chances are you don’t know how awesome he is.

He created CNN, TNT, and TBS. He owned the Atlanta Braves. He won the America’s Cup. He founded the Goodwill Games. He’s the second-largest landowner in the United States, and says he’d be No. 1 if he hadn’t donated $1 billion — then a third of his fortune — to various United Nations causes.

Turner, 73, is also a staunch environmentalist — no joke, he created Captain Planet — and owns the largest bison herd in the world. Like, he really digs bison. We went to a talk he did for some well-heeled donors at a recent fundraiser at Iron Horse Vineyards in Sonoma County, California. Afterwards, we snuck behind the velvet ropes where we were allowed to ask him a few additional questions about why he thinks bison are so totally sweet.

A few pearls of wisdom:

… on giving away his fortune:
“When I got rich I became an irresponsible, irrepressible giver. If you watch your airplane usage, you can get by on a million or two.”

… on alternative energy:
“I’d rather have a nuclear power plant than a coal plant. Huge subsidies are being granted to the coal and oil industry. Those subsidies should be going to wind and solar — it’s free energy! What I’m trying to do is get people to do the smart things and stop doing the dumb things. And we’re going to win in the end because we’re right.”

… on Mr. October:
“I remember when Reggie Jackson was a free agent. I thought he was too old — boy, did I make a mistake. I said we’ll give you a dollar year for one hundred million years. He didn’t go for it.” 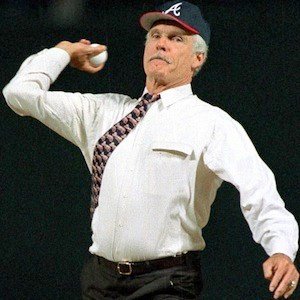 And our conversation about bison (we also snuck in a question about why he was kicked out of Brown University):

In a recent interview, you were asked if you were a cowboy. But you replied that you were a “bison-man.” Why?
Because I am. I have 55,000 bison and no cattle.

Okay, that makes sense. But why all the bison?
When I was a little boy I was fascinated by nature and I read all these books about animals and birds and plants and flowers. One of the things that really touched me was that there were 40 or 50 million bison living on the plains when the Europeans first arrived in North America. And we exterminated them till that number was down to less than 200. By the time I started, that number was back up to about 70,000 or so. But I wanted to bring them back even further. So I started out by buying three bison.

Can you tip a bison like a cow?
I wouldn’t want to try it.

What’s the best way to eat bison?
I like bison cheeseburgers the best. The meat tastes better than beef and has half as much fat and cholesterol — even less than chicken. [whispers] It costs a little more though.

Last one: We know Brown University awarded you one of your 42 honorary degrees —
Forty-four.

Right, sorry. But we also know you were kicked out as an undergrad. We heard a rumor that it had something to do with you rolling a bowling ball down a tunnel.
To my knowledge, there’s nothing to that.

To your knowledge?
Well, there was a bus tunnel that went through campus; it was like a train tunnel. The rumor was that I took a bowling ball from the bowling alley and rolled it down. But I didn’t. It would have been very dangerous to do that.