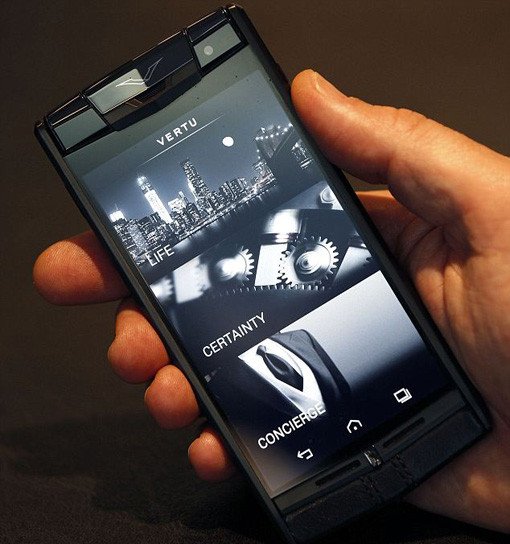 What’s functions can a $20,000 smartphone do that a $100 smartphone can’t do? Not a goddamn thing. But luxury brand Vertu hopes some rich  customers don’t care about that.

So why the hell is the Vertu Signature Touch so unbelievably expensive? Because a bunch of other high-end brands piled on to create a triple mega-awesome totally radical smartphone. Vertu teamed with Bang and Olufsen for the speakers and Swedish camera company Hasselblad for the cam. And then they made the phone’s casing from alligator leather and a titanium alloy — which they claim is tough like Iron Man’s but way lighter. Best of all, it makes calls, sends texts and emails, and will give you a handy if you clean the screen every two days.

So if you have a spare $10,000 to 20,000 (depending on customization) sitting under your mattress, you now have a way to get rid of it responsibly. Because the features listed above clearly provide a sound justification for spending that kind of cash on a smartphone. Obviously.