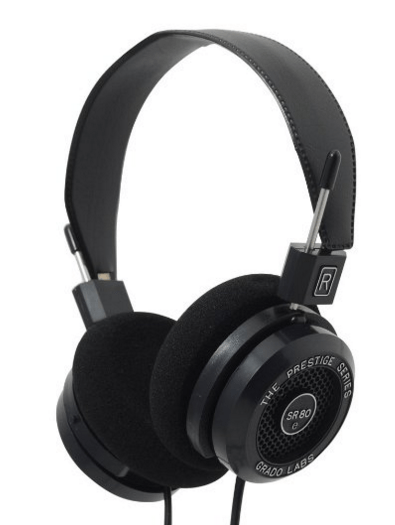 Getting you superb audio quality for around $100, the Grado SR80e are comfortable to wear, seeing as they are an on-ear model. The open-back design plays its part beautifully. They may look a bit robust, but are still relatively lightweight and apply less pressure to the outer edges of your ears, as opposed to other more expensive models. This specific model does have some drawbacks though, such as the extremely sturdy plug, making less friendly for the average smartphone user. Also, the open-back design leads to one additional flaw — it lets noise in.
Nonetheless, for 100 dollars the Grado SR80e gives off an exceptional sound quality. 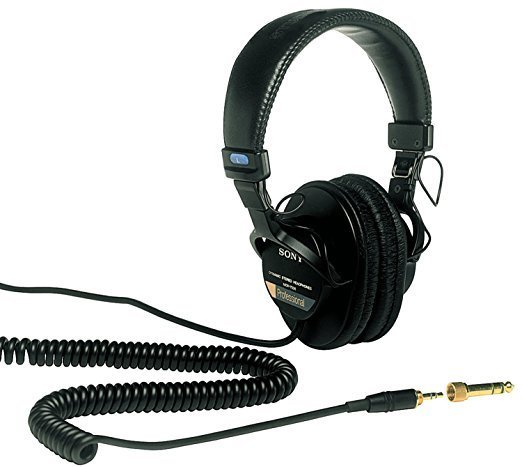 The sleek, full-size headphones from Sony are going to give you top-notch audio quality across all music genres. The absence of inline mic might be regarded as a drawback by some, as it makes it less mobile-friendly than other headphones in the same price range. Truth be told, these babies were around since the early 90s, and that’s saying something. 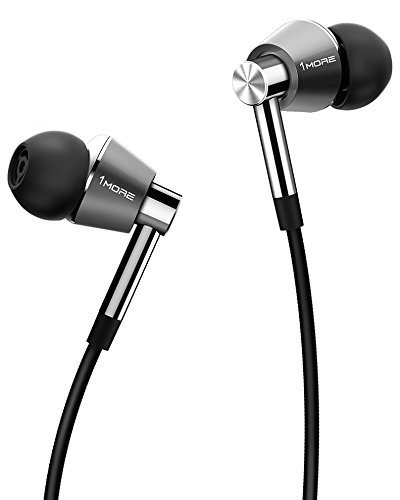 Offering superior sound quality, the 1More Triple Driver earbuds boast an appealing design (especially the Titanium model, which is the one we’re talking about here). With a Kevlar-reinforced cable, 3-button inline remote and mic (Android and iOS compatible), you can get this for the price of $100. Oh yeah, and they come with diverse eartips, as well as a nifty carrying case. One more useful feature is the noise-isolating fit and the mic which is pretty clear, making chats easy even in loud environments. 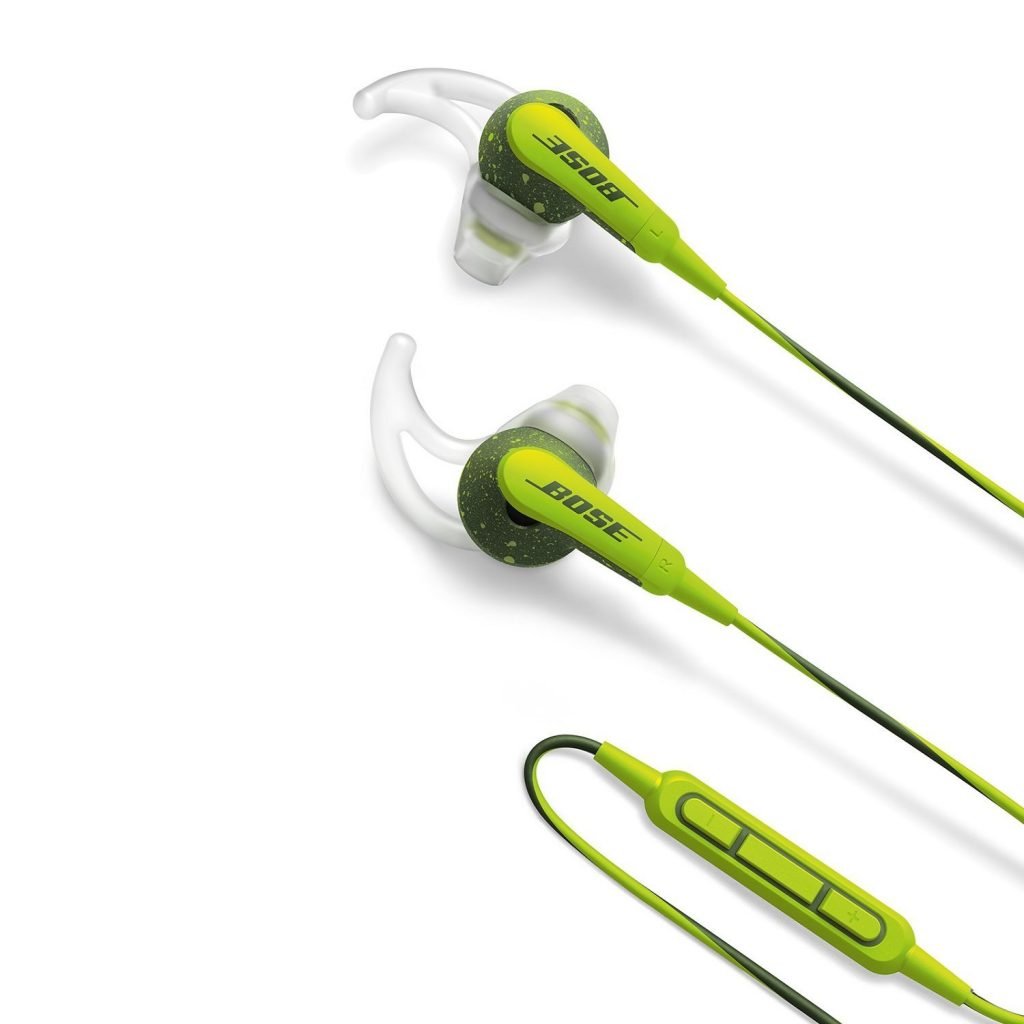 Just one look at the Bose SoundSport In-Ear headphones will make me want to shell out 100 big ones straight away. Love the energy-green color slapped on there. They are comfortable and sweat-resistant, reportedly also offering full bass headphone capacity, integrated remote and mic, in addition to a cute little carrying case. While many have complained that these will give in to external sounds, the Bose SoundSports are still massively appealing; chiefly because of the slick design and high comfort level. 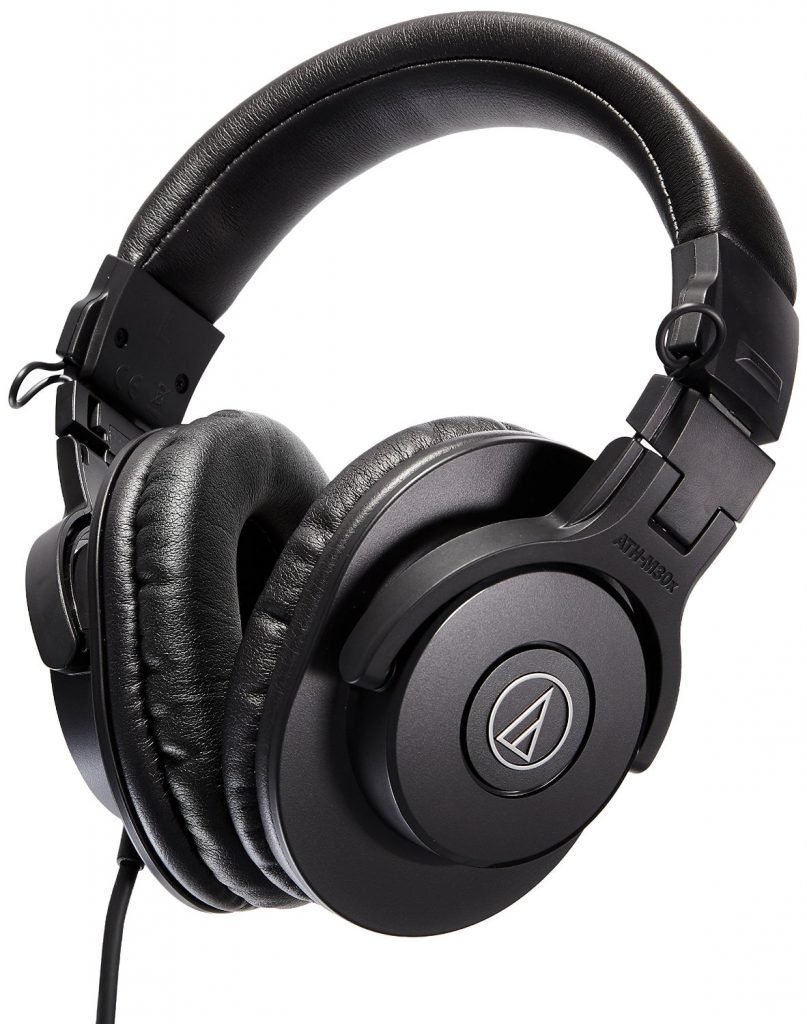 For 60 bucks, the Audio-Technica ATH-M30 headphones have decent build quality, so you’re looking at durability first and foremost. The sound is natural and you get solid bass. Using these will be comfortable, which is commendable given the lower price. Sadly, you won’t get an integrated mic for phone calls, and the annoyingly long cord (not detachable) doesn’t exactly make it the best choice for mobile devices. Still, the model is not as rugged as its ATH-M50 brother and, once again, is cheaper. Although you might feel inclined to go for the ATH-M35 with the collapsible option for space-saving portability (same price, so perhaps a slightly better choice there). 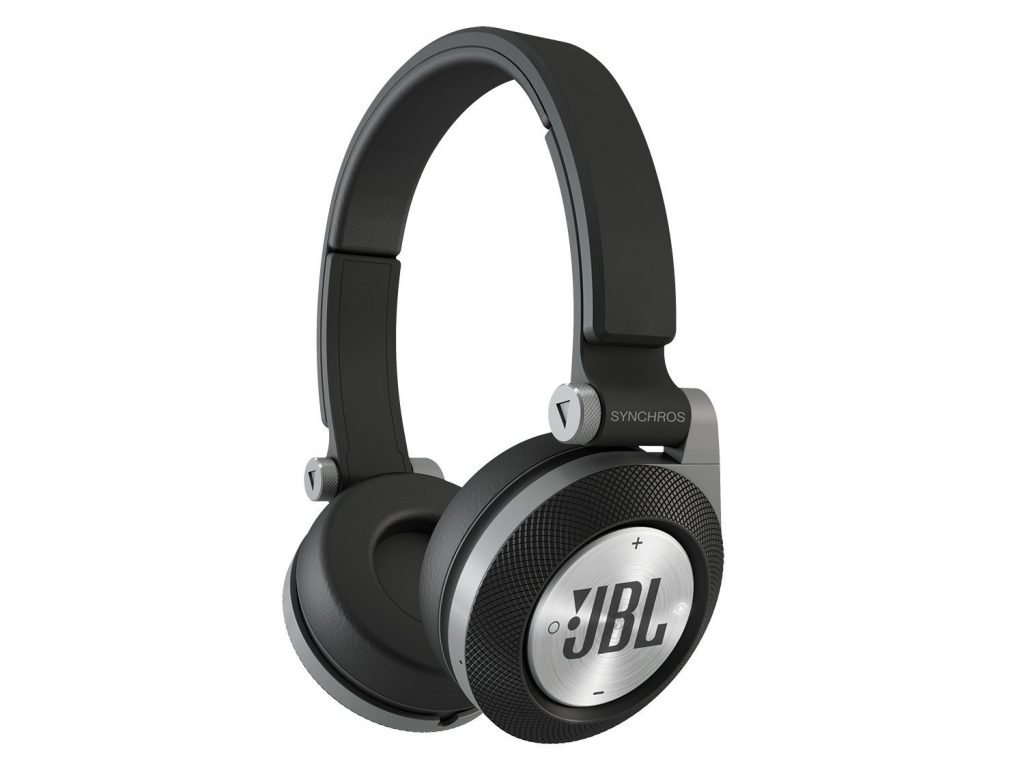 The JBL E40BT is indeed a must for those who are looking for reasonable priced headphones. Giving a top-quality bass-boosted (and treble) sound, the E40BT makes for a fine choice if you’re into stuff like pop, rock and hip-hop (hm, well that almost covers it). Featuring soft and comfy ear pads, it may cause some discomfort because of the headband which is slightly tighter on one side. The biggest complaint related to this model is that the power button doubles as the Bluetooth pairing button, so instead of switching it off you can easily put it into pairing mode. Just on a quick sidenote, the Jabra Move Wireless headphones, which are 20 dollars cheaper, were listed as the biggest competitor, offering relatively similar features.