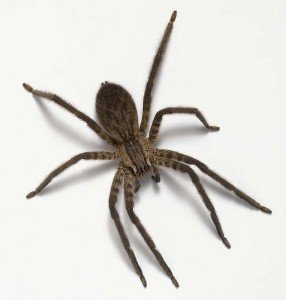 Life would have been a lot different for Peter Parker if he’d been bitten by a Brazilian wandering spider. Instead of hiding his Spider-Man alter ego, he would have needed to hide his hard-on in that clingy Spidey costume.

That’s right, the bite of the venomous spider, whose legs can span a worrisome four inches, has been known to act as a natural Viagra by giving victims erections for hours on end. But the 20 million American dudes who suffer from erectile dysfunction shouldn’t get, uh, excited just yet. According to Discover, sporting wood is just one side effect of the spider’s venom — others include excruciating pain, difficulty breathing, and even death if the bite goes untreated. But benevolent egghead scientists are researching the venom to see if it can somehow be used as a non-lethal treatment for ED. Nice to see some scientists don’t waste all their time researching useless stuff like cures for cancer. Can’t get your hands on some spider venom? You can always find a treatment for ED.