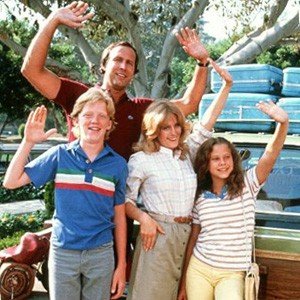 The Griswold family made plenty of pitstops on their drive from Chicago to Los Angeles in National Lampoon’s Vacation: the Grand Canyon, Aunt Edna’s place in St. Louis, a motel where Christie Brinkley was swimming in the nude.

Shockingly, however, they didn’t stop off at any of America’s big, dumb roadside attractions. Stupidly huge teapots, idiotically large chairs, depressingly humongous balls of string — you can find a big, dumb version of just about anything if you drive long enough. 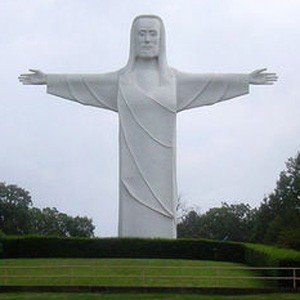 Christ of the Ozarks | Eureka Springs, Arkansas
The good citizens of Eureka Springs — and by that we of course mean Christians — dig Jesus so much they display a 67-foot tall statue of him bragging after a particularly successful fishing trip. Smart-mouthed onlookers, however, have given this particular JC unkind nicknames like “Gumby Jesus” and “Milk Carton With Wings.” Fun trivia: The statue was erected by Gerald L. K. Smith, a noted racist and anti-Semite. Funny, they didn’t mention that on the tour.