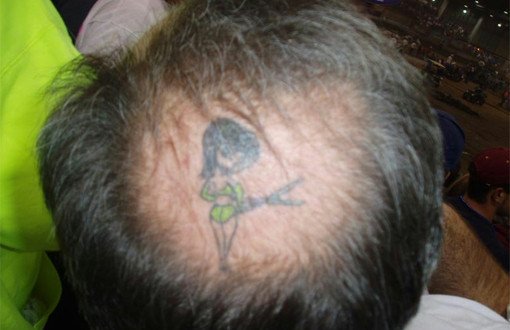 Going bald was once a genetic hex that no man, woman, or baby — those things are always going bald — could totally prevent. But that may change thanks to eggheads at the University of Pennsylvania who’ve zeroed in on a possible cause for hair loss: prostaglandin D synthase, or PDG2. It’s a protein that’s three times as common on areas of the scalp that have lost hair than it is on parts that haven’t. Scientists, putting those PhDs to good use, concluded that PDG2 inhibits hair growth. Their plan is to have PDG2-blocking drugs — they’re actually already being tested in the form of asthma pills — available to people who want to use them to save their coifs within five years. If that actually happens, it may cut down on the $1 billion-ish that men in the U.S. spend on hair-loss prevention products each year.

The only bad news? PDG2 blockers won’t regrow hair. So for the next five years, avoid high winds and don’t comb too vigorously.