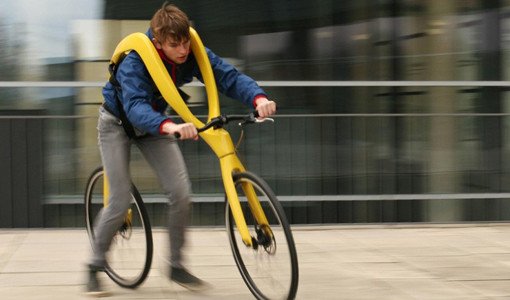 The bicycle is a perfect invention. At least, it has been since they ditched those ridiculously gigantic front wheels on old-timey bicycles. The ever-disagreeable Germans, however, think it can be improved. They’ve created a prototype bike called the Fliz that replaces the seat and pedals with wedgies thanks to an awkward-looking strap-in harness system that allows you to Fred-Flintstone your way around town; the Fliz is meant to be a commuter bike for urban areas. At least, urban areas in which all streets are either level or downhill.

Check out the video below and let us know if it makes you want to run the Fliz.