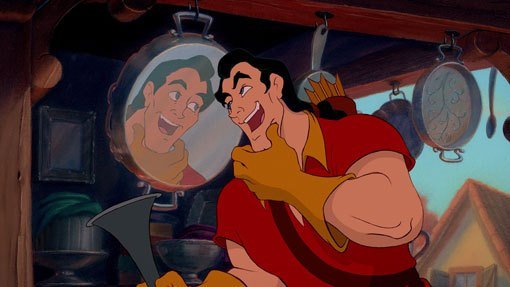 One thousand Brits were surveyed about their grooming habits, revealing that guys are essentially prima donnas who can’t stop looking at how handsome (or horrific) they are. Their research found that on average males check themselves out 23 times a day — eight more times than women. The females surveyed said they were scoping out body parts they felt self-conscious about, which basically means every trite movie or TV scene where an insanely hot woman looks in the mirror and grabs the tiniest centimeter of flab on her stomach before tearing up and then delving into a depression is practically spot on.

Said Tracey Denison, managing director at Avaj, the company that published the findings:

“It’s also possible that the selfie trend is partially driving this rise in male vanity, as people become more used to celebrating their appearance,” she explained. “Unfortunately, this doesn’t seem to have seeped through to women as much, and they still seem to be the more self-conscious sex.”

The males who took part in the research chose to gaze at their reflection simply to admire the body parts they liked most. The survey didn’t mention which body parts those were, but considering most guys have a complex about whether their dick measures up — by the way, the average penis is 3.5 and 5.3 inches when flaccid and erect — we’re guessing it was their biceps, chest, traps, or ears. You know, since ears are so goddamn sexy.

Is this reflective of all guys? (Pun unintentional.) No, probably not. But it makes sense for both sexes to check on their appearances often because appearances matter. When’s the last time you took a chick home while a huge balloon-sized booger clung to your nostril? Or your breath smelled like a Yeti’s jock strap? Or you had something in your teeth?