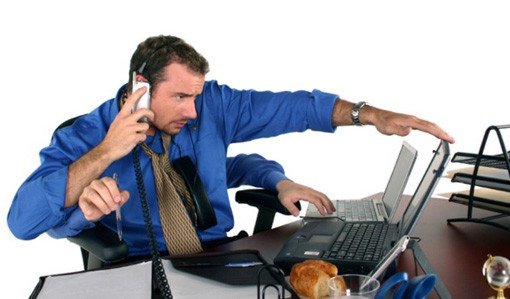 We know the article is titled “How To Be A Better Multitasker,” but the truth it doesn’t actually pay to multitask. A 2009 study conducted by researchers at Stanford University showed that “chronic multitaskers” (their term, not ours) consistently underperformed when compared to nonmultitaksers. It’s not the only study to claim that, either.

So why does that happen? Because our brains aren’t wired to multitask. According to Wikipedia which is never ever wrong, our brains can handle between five and nine tasks in its short term memory. That’s it.

The point? Get better at doing one thing at a time and you’ll get things done quicker and more efficient, which will get more done in a timely manner. Then it’ll seem like you’re multitasking because you’re plowing through more in less time. However, since that’s probably not going to happen, use these tips to become a better multitasker: