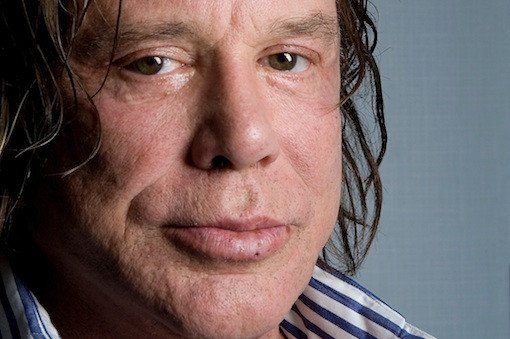 Mickey Rourke has had at least two different careers. The first was as a hotshot young actor beginning in the early ’80s with films like Diner, Nine 1/2 Weeks, and Body Heat. The second was as an odd Hollywood elder statesman in movies like Sin City, The Wrestler, Iron Man 2, and now Immortals. In between those two careers? About 13 years of relative obscurity during which he became a professional boxer. The guy has some good stories.

Which is why we were so psyched to sit down and chat.

You visited a Russian prison to prepare for your role in Iron Man 2. How did you prepare to play an ancient Greek Titan king for Immortals?
I showed up. The director spent three years working on the overall look of the film and that really helped. They paid me a lot of money for a few days of work so I was happy to go. It’s just a shame I didn’t get to work with the hot blond chick, Isabel Lucas. [below] I also loved Frieda Pinto, but she has a boyfriend. She’s a really nice person and I have great respect for her as an actress — and I think most actresses are c*nts with a capital K. 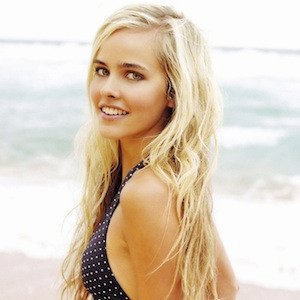 So … you had fun on the film?
I am just grateful for any role I have — every day I say, “God, let me not be late for work, so I’m not out of work another 13 years.” When you are out of work that long, your whole life changes; it’s a humiliating, shameful experience. I don’t know if you ever get over it. Hopefully, I can keep my mouth shut because I don’t want to go back to that lonely, dark place. This f*cking town is built on envy. They can’t wait to [he raises his middle finger] to your ass.

What was your fitness regimen for the film?
I work out with this Israeli guy, Daniel Druker, who travels with me. We practically live together. He comes up with all these vitamin concoctions that seem to work, and he makes me do thousands of sit-ups. But it was nice to see my co-star Henry Cavill doing pushups on set. He couldn’t wait to go to work, and I couldn’t wait to get off work. In 15 years, he’s going to know how I feel.

Do you keep up with the training after filming wrapped?
The regime I am on now is grueling. I just took a year off to write a screenplay about Gareth Thomas, a gay rugby player; I went over to Wales to beg him to let me do it. The writer I hired wrote sh!t so I rewrote it and now it’s great. We shoot in March, and I think it will be the best movie I’ve ever made. We have been training now for the past five or six months and it’s been physically challenging. 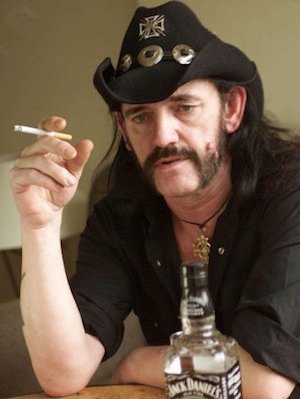 There’s a rumor that you’re going to play Lemmy in a Werner Herzog movie. That sounds mind blowing. Is it true?
I don’t know anything about it. I don’t even know who Lemmy is. [:-( —Ed.]

You can come across both as very sensitive and easygoing and as tough and a little scary. What’s the truth?
You’ll have to ask my doctor. I can’t answer that.

Well, you definitely have a soft spot for dogs.
Yeah, I miss my dog, Loki, who died after 18 years. The other night, my trainer was eating rack of lamb, and it reminded me how I used to put a piece of lamb in my pocket for her. I have four other dogs, but she was my love.

Do you miss boxing?
Yes.

What did you love so much about it?
I loved training and getting ready. Every day I had something I wanted to improve. And then you get to the point 10 days before the fight when your body is just ready. And then the fear comes in and then finally the moment: They put your music on and you come out. It’s amazing.

When are you going to write a memoir?
Why bother? Other people write books about me, so I don’t need to. I’m not interested in my legacy. When you’re dead, you’re dead. I don’t give a f*ck. I will be up in heaven. Hopefully.