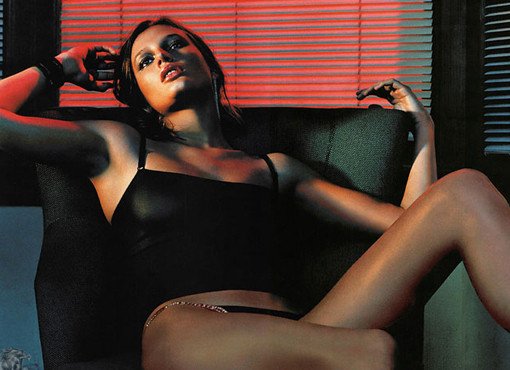 Name: Bridget Hall
Age: 35
Nationality: American
Bio: When she was just 18, model Bridget Hall was earning the kind of money reserved for modeling titans like Cindy Crawford and Christy Turlington. The 5’11” Texan has been featured in Vogue, Harper’s Bazaar, and Elle. But even more impressively, Bridget appeared on the TV show long known for making or breaking a model’s career: Who Wants To Be a Millionaire? Sadly, she went out on the first question she was asked for which she didn’t have the help of a bevy of other supermodels. (What animal produces cashmere? She said sheep after asking the idiot audience what animal it was. Correct answer: goat.) But no one minded, since we still got to stare at Bridget. Which is also what you’ll get to do thanks to this Bridget Hall photo gallery …