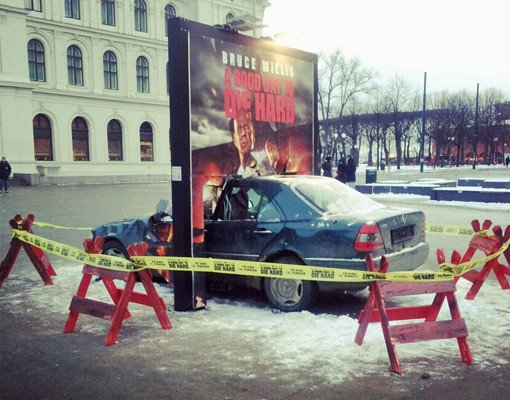 A Good Day to Die Hard is the fifth installment in the Die Hard franchise, and it’s opening on Valentine’s Day for one obvious reason: It’s the perfect date movie.

Just listen to this romantic plot: Former cop John McClane vacays in Moscow to locate his estranged son, and the two McClanes end up roughing-up bad guys, dodging bullets and explosions, and spitting on a Stalin statue. Wait, actually that sounds like a terrible date movie. It’s way too sappy.

Anyway, critics have agreed that the movie is as bad as its tagline: “Yippee Ki-Yay Mother Russia.” One thing that hasn’t helped A Good Day to Die Hard — its lame title. Still, it turns out that producers considered several even shittier titles before landing on a winner …

That One Old Guy Is At It Again!

A Low Down Dirty McClane