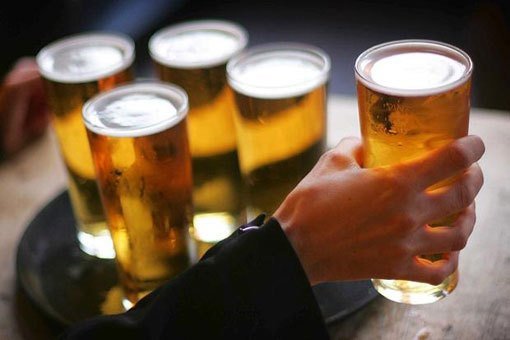 Turns out binging drinking isn’t just bad for your gut — it’s bad for your guts. Well, that’s according to this pesky thing called science. A 2014 study found that binge drinking — taking in more than three drinks in a sitting, or what you refer to as every single happy hour you’ve ever attended — found that excessive drinking can cause bacteria to enter the liver and circulation. That can lead to wonderful things like fever, inflammation, and tissue damage.

Also: A Book You Might Actually Want To Read: 101 Places To Get F*cked Up Before You Die

Your play is to become a teetotaler, right? That’d be the ideal option, but most likely not the realistic one. Still, it’s good to know if you start to feel shitty that cutting back on booze may help ward off the fever and inflammation. The tissue damage is kind of a tough one to repair after a few days going dry, but just cross that bridge when you get there. Of course, excessive drinking also takes in more calories (i.e. weight gain) and can slow metabolism. Instead of making this a wordy explanation, we’ll let Lucas James‘ infographic take it from here:

9 Tips for Arranging the Best Bachelor Party on a Budget