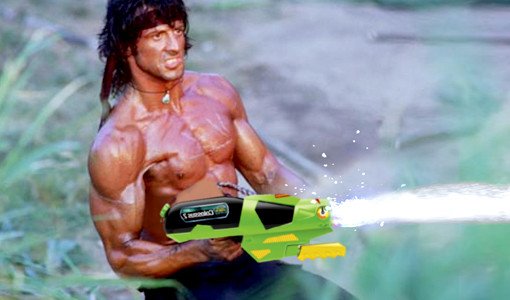 Responsible guys arm themselves to protect what’s theirs. Who do you need to protect yourself from, you ask? Marauding bands of children at backyard barbecues, for starters. Also, naughty pets. And don’t forget gaggles of tipsy coeds … who may or may not be at a car wash or pool party. Point is, whatever the dangers you face, you need the right tools if you have any hope of winning your battles. So before summer officially kicks into full swing, we suggest arming yourself with some new aquatic artillery. 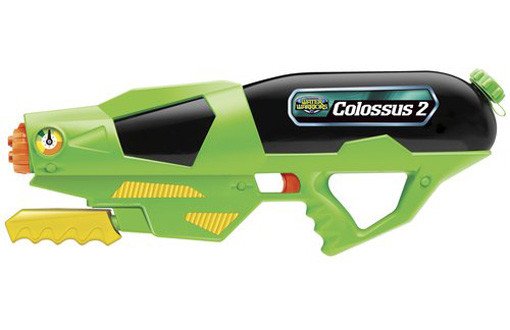 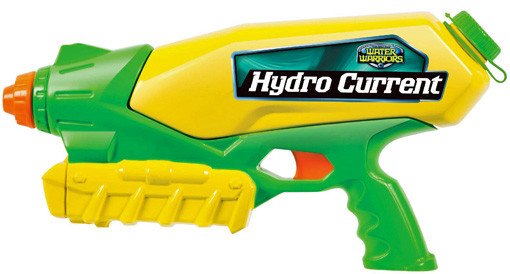 WATER WARRIORS HYDRO CURRENT ($13)
Before stepping onto the battlefield, make sure you’ve loaded this baby with four AA batteries to power its motorized pump system. If you don’t, you’re essentially showing up to a squirt gun fight with a 23 oz. water bottle. However, when the Hydro Current is powered on, it shoots a respectable 25 to 30 feet without requiring a manual primer. Your best bet is to use this in close-range conflicts or as a backup when you need to buy time to refill your Colossus 2. What do you mean we’re taking water gun fights a little too seriously?

3 Key Reasons to Get a Mobile Booster for Your Home

4 Things You Need to Know About CBD

There's no doubt about it. CBD is one of the trendiest buzzwords today. It is an oil...

Business with bitcoins – What are its advantages?

Sex Tip for Married Couples: How To Last Longer in the...