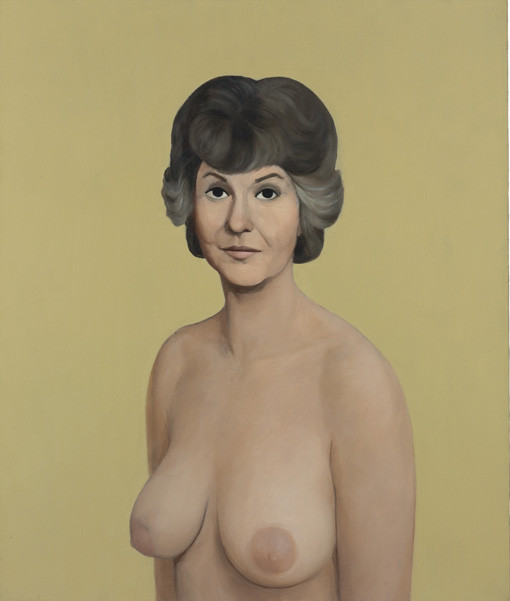 An unnamed bidder struck gold at a recent Christie’s auction after shelling out a staggering $1.9 million to decorate his home with a naked painting of Golden Girls star Bea Arthur. Artist John Currin painted the oil-and-canvas masterpiece back in 1991, though we’re not sure where in the world he came up with his name for it: “Bea Arthur Naked.”

You no doubt want to know if that’s what Bea’s golden gals really looked like. We, uh, have no idea. And neither does Currin; he used both his imagination and photos of Bea with her clothes on to make an educated guess.(Judging by her hair, he was recreating Bea when she starred on the ’70s TV show Maude, not when she played Dorothy on The Golden Girls.) Even if it is imagined, this nude of Bea Arthur means you can now see two Golden Girls in the buff; Betty White took some topless glamour shots (seriously) when she was just starting out in Hollywood back in the 1880s. Fingers crossed some racy shots of Rue McClanahan and Estelle Getty pop up one of these days.

12 Things to Know About Powers of Attorney