Laughing sometimes makes no sense — just ask the poor guy in the video above, who is clearly discussing something serious but cannot stop laughing at the people with whom he’s discussing it. (To be fair, the other guy’s voice is pretty funny. And what a ridiculous language they speak!) So in trying to figure out what laughter is, we need to keep in mind that it’s not just something that happens when we see or hear something funny.

In fact, studies have shown that the majority of the laughing people do has nothing to do with humor. So what is laughter? Like so many other things about humans, it’s basically a monkey strategy to avoid getting killed … 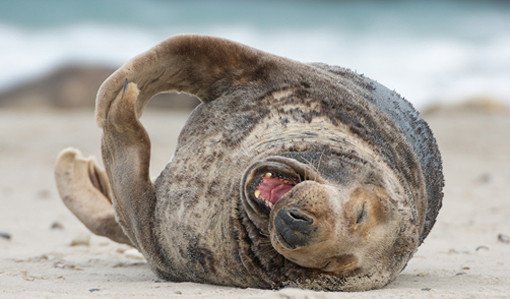 What makes you laugh?
Millions of years ago, when we were still using our feet to power cars and domesticating dinosaurs as pets, laughter was a social cue, not a response to a great knock-knock joke. “It was a sign that you were engaging in a playful relationship, not an aggressive one,” explains Dr. Robert Provine, author of Curious Behavior: Yawning, Laughing, Hiccupping and Beyond ($17 @ Amazon.com). “If you laughed, it was a signal that you weren’t going to attack someone.” 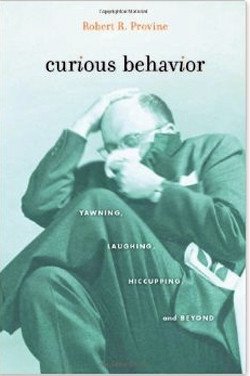 So it’s a survival tool that we use to let people know we’re part of the group, or that there’s nothing to worry about, or that we’re not about to murder everyone in a blind rage. And that’s why  so many different kinds of things can make us laugh — from funny stuff to unfunny stuff to awkwardness to danger.
NEXT: YOUR BODY ON LAUGHTER