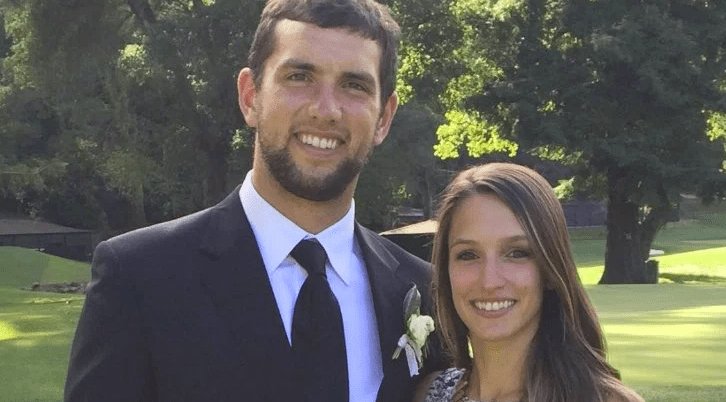 Nicole Pechanec is Indianapolis Colt quarterback Andrew Luck’s girlfriend. She was born in the lovely war zone known as Newark, NJ. Her parents, Tomas and Yvette, are both Czech and accomplished athletes — her mom a gymnast and her father, a sailor, both represented the Czech Republic in their sports.
Pechanec was homeschooled and graduated from Keystone National High School in 2008.
In the 2005 U.S. Junior Olympics, she finished second on the beam and eighth in the overall competition.

Pechanec’s skills earned her entry into Stanford University; she captained the Stanford gymnastics team and earned MVP honors during her senior year. She was also a two-time All American. She graduated in 2012 with a degree in Architectural Design; it’s the same major and graduation date as Andrew Luck.

Pechanec was also a member of the Czech national team and would represent the country in both the World Games and European Championships.

Pechanec says her aspirations include growing into a well-rounded businesswoman and continuing to support and promote the gymnastics community.