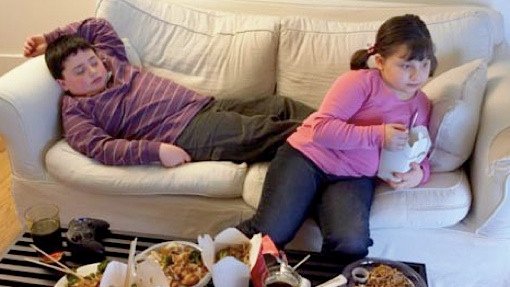 A study has discovered that letting kids watch infinite hours of TV everyday will probably keep them from ever becoming superstar athletes and thus using their millions to fund their parents’ lavish retirement. Researchers from New York University and the University of Montreal observed 1,314 children in Quebec, tracking the amount of time they spent glued to the tube between the ages of 2 1/2 and 4 1/2.

Then, when the kids reached the second grade, she made them complete one of those humiliating gym class feats of strength: the standing long-jump. She found that the second-graders who’d watched the most TV when they were younger recorded much shorter long-jumps, which means that their explosive leg strength, a key measure of athletic prowess, was steering them straight for a World of Warcraft championship. In other words, TV watching indirectly correlates to future athleticism.