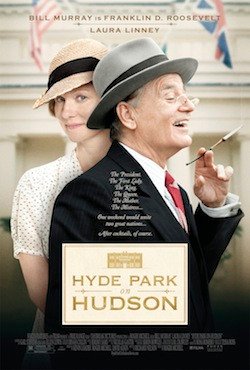 Bill Murray is a lot of things. Hilarious. A pretty good golfer. A very good actor. But is he presidential? Turns out, he totally pulls off the role of President Franklin D. Roosevelt in the new film Hyde Park On Hudson — and while the movie has plenty of humor, Murray isn’t playing FDR for the polio gags. Instead, the movie centers around the first time British royals visited America, and how that affected our eventual alliance during World War II.

To celebrate the release of the movie, we’re giving one reader a $100 American Express gift card. (Trivia: That would have been nearly enough to buy all of England during the Great Depression.) To win, here’s all you have to do:

Step 2: In the comments section of this story (below), answer this question: Who is the funniest U.S. president, and why?