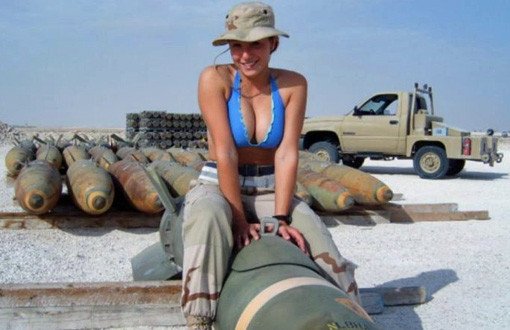 When Defense Secretary Leon Panetta announced that women will be allowed to officially serve in military combat roles, most people voiced support. After all, women have long served as pilots and on ships in combat positions. Plus, women have often found themselves in combat situations on the ground while serving as medics, military police, and in other support roles.

But not everyone was happy about the decision. ‘‘While [military commanders’] focus must remain on winning the battles and protecting their troops, they will now have the distraction of having to provide some separation of the genders during fast-moving and deadly situations,” said Jerry Boykin, executive vice president of the Family Research Council. That’s right, commanders will now have to make certain that there’s a boys’ side and a girls’ side to the bunker when they’re pinned down during firefights. And not only that — just look at all of these equally valid reasons why women aren’t fit for combat:

• The locations of secret forward bases will be compromised by the presence of wind chimes and welcome mats.

• MREs are loaded with calories.

• There’s no crying in mess halls.

• If a combat patrol finds itself anywhere near a mall, it’s over.

• There are lots of spiders and other creepy-crawlies in the desert.

• Hand-to-hand combat is murder on manicures.