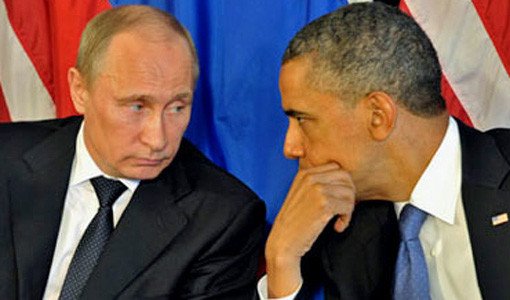 President Barack Obama and Russian President Vladimir Putin had plans to do lunch in September before the big G-20 meeting in St. Petersburg, Russia. But after NSA leaker and guy who apparently has only one goddamn photo on the Internet Edward Snowden was given temporary asylum by the Russkies, Obama apparently felt as though Putin was treating him like a USA-hole, and canceled their meeting.

The White House claimed the cancellation was about a whole host of different things: Russia being uncooperative regarding missile defense (true), Russia having an abysmal human-rights record of late even for Russia (also true), and a bunch of other things that sounded somewhat less plausible. Here are some of Obama’s other claims for why he canceled his meeting with Putin:

• “I’m still too keyed up about the royal baby!”

• “I need to turn my attention to mediating an ugly dispute between two former superpowers — Bruce Willis and Sylvester Stallone.”

• “I’m overcome with grief due to the untimely death of Malia’s hamster, Mr. Squeakers.”

• “I didn’t particularly care for the plodding 1990 Sean Connery and Michelle Pfeiffer thriller, The Russia House.”

• “We’ve had Sharknado sitting on the DVR for weeks, and Michelle is really getting on my case about watching it.”

• “I always get hassled at Russian customs when they see my Kenyan passport.”

• “Have you seen some of the insane dashcam footage from Russian drivers?! Hell if I’m going there!”

• “I just want to hear what that orange crybaby John Boehner has to say about it.”

• “Beets and cabbage tend to repeat on me.”