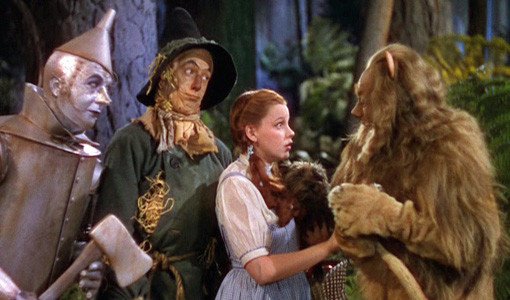 1. The Wicked Witch basically makes Dorothy and the gang trip balls on opium as they travel to the Emerald City.

2.  Glinda the Good Witch of the North? Kind of a fox.

3.  The special effects were groundbreaking for 1939, and 74 years later they still hold up. Amazingly, the film didn’t win the Oscar that year — that honor went to a film no one has ever heard of called The Rains Came. Luckily, that would mark the first and only time the Academy ever made a ridiculously bad choice at the Oscars.

4. The film employed 124 little people to populate Munchkinland. And no, one of them didn’t commit suicide. As detailed in the video, what you see in the background is a bird spreading its wings, not a munchkin hanging from a tree.