Breville Hemisphere Control Blender ($200)
All blenders essentially perform the same function — pulverizing and mixing stuff up. But some do it much better than others. The secret to the Hemisphere’s success is its, uh, hemisphere-shaped bowl, which directs whatever you’re blending into the blades. That means you won’t get chunks of fruit, ice, protein powder, or hobo fingers when you’re all done. And don’t worry — the margaritas it makes will still induce just as many blackouts. 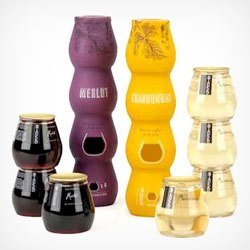 Stack Wine ($13)
Each package of Stack Wine comes with four individual servings of wine in their own sealed wine “glasses,” which are actually unbreakable plastic. That means you can go pretty much anywhere with it, and you don’t need to worry about bringing a corkscrew or breakable glasses. It’s like grabbing a sixer, only classier. 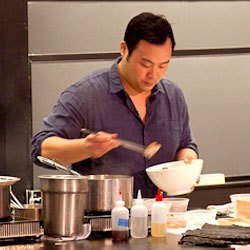 Momofuku Test Kitchen
Most restaurant test kitchens are dedicated to finding more places to cram cheese. Nothing wrong with that, but Momofuku’s David Chang and Dan Felder get seriously scientific with their cuisine. They’ve teamed up with Ivy League microbiologists to create entirely new flavors, which means the lab is churning out things like fermented vinegar and pistachio miso, all of which is carefully studied with microscopes. It sounds both delicious and scary! But we can’t Chang, who in addition to bring a wizard with meats of all sorts, also invented “Crack Pie,” possibly the most delicious dessert of all time.