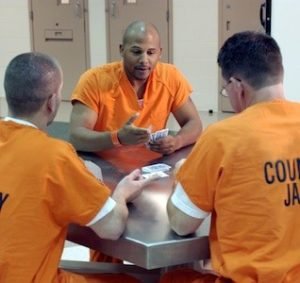 You Can Network
If you’re a motivated, low-level criminal, a trip to the joint is basically an internship dream come true. Take Costabile “Gus” Farace, for example. After being jailed for first degree manslaughter in 1979, Farace met organized crime bigwig Gerald Chilli Sr. Chilli took Farace under his wing, and helped him establish a prolific drug ring on the outside once Farace was released. Eventually, Farace’s high profile, coupled with the murder of an undercover DEA agent, landed him on the FBI’s Ten Most Wanted List in 1989. Even better? Tony Danza played him in the movie.