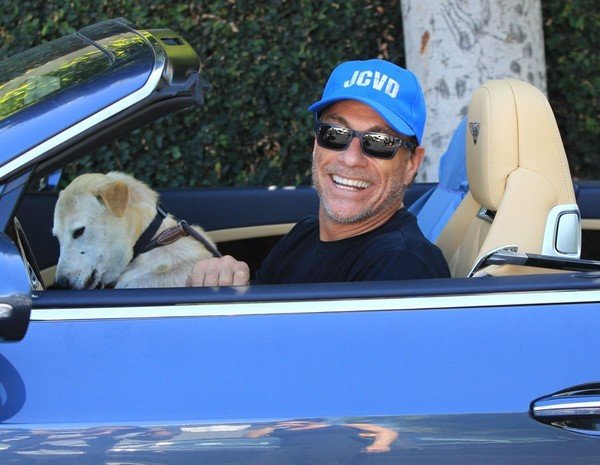 Jean-Claude says: “He used to always bring his dog Buffy — I think that was its name — to the set and to the gym. It was black, maybe a Lab or a Lab mix, I’m not sure. He really loved that dog.” When he was promoting his film, JCVD, a flick which is actually about him, he was told that if he did not attend his booked appearances, the movie would flop. He opted not to appear because he was with his dog who had a brain stroke.