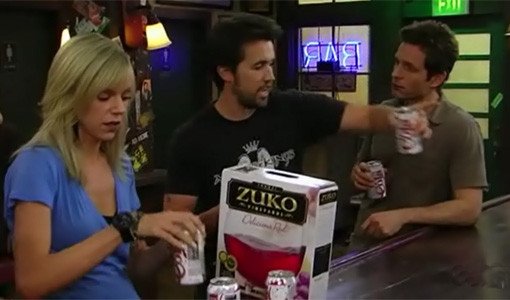 Many people think box wine is the 40 oz. malt liquor of wine — cheap, not very tasty, but a great way to get hammered. Well, that used to be true, and there are certainly still plenty of terrible box wines out there. But these days, there are also plenty of great wines served in convenient, sensible boxes.

In fact, in some cases, box wine is a much better bet than bottled wine. “A lot of lower-end wines were doing boxes, and that gave it a stigma,” says Jamil Williams, wine buyer at Buzz Wine Beer Shop in Los Angeles. “Now we’re facing an uphill battle to get the word out that box wine is pretty cool.”

Why is box wine often a great alternative to wine in bottles?

IT STAYS FRESHER LONGER
A typical $10 bottle of wine should ideally be consumed within 24 hours of opening it. Now, believe it or not, there are people who don’t polish off the entire bottle of wine they open at breakfast. “Boxed wine comes in a bag that shrinks during pouring, and it’s airtight when you reseal it,” Williams explains. “A lot of restaurants are using them now; we keep a few boxes around for three or four weeks at a time, and they’re fine.” Another bonus: Box wines chill faster.

THERE’S NO CORK TAINT
Cork taint is essentially the wine equivalent to skunked beer. “Maybe one out of 30 bottles have cork taint,” Williams says. “Some wineries lose whole vintages because they buy the wrong kind of cork.” Obviously, bottles with corks are susceptible to this; box wine isn’t.

9 Tips for Arranging the Best Bachelor Party on a Budget