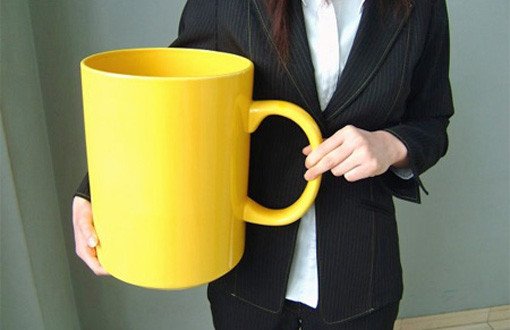 Every year, about 500 billion disposable cups are manufactured. Unless you’re a scion of the Solo family, you probably think that’s not a great thing for the environment. So if you’re also one of the 150 million people in the U.S. who drinks coffee on a regular basis, you should probably be drinking your cups o’ joe out of different non-disposable cups.

Like one of these. They stand out more than your typical monochrome non-spill coffee mug, and they’re far more clever than a “#1 Dad” or “I Hate Mondays” coffee mug.

In the video game, Mega Man consumed blue energy canisters to replenish his vigor when he needed a pick-me-up to do battle with the evil Dr. Wiley. You, on the other hand, can fill your E-Mug with coffee to replenish your vigor when you’re dragging ass at the office. Same difference.

Whether you’re looking to sport a Trucker, a Borat, or Adolf — er, Charlie Chaplin, or a Doc Holiday or Bill The Butcher, these mugs will hook it up. (We used names of people we knew since we know, like, zero philosophers.) 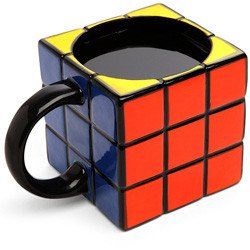