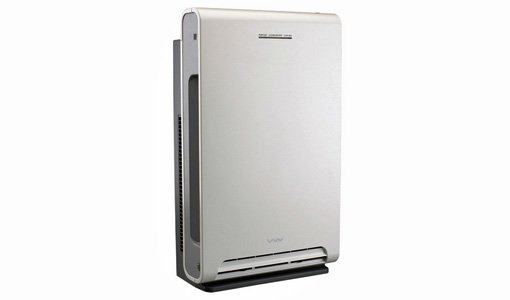 Anyone who suffers from allergies is clearly a genetic weakling (okay, fine, that’s not true). But sneezing and sniffling just because of a few dandelions or an annoying house cat can still be a drag. That’s where the Sanyo Air Washer ($225) comes in; it’ll supposedly eliminate up to 99.97 percent of germs, mold, bacteria, and dander in rooms of up to 400 square feet.

All you do is plug the machine in, add some water, and huff what comes out of the vents. (Just kidding: No huffing required.) Electrolyzed water apparently prevents certain proteins in bacteria from attaching to human cells and … well, there’s a lot of other scientific stuff about chlorine ions and blah blah blah. Point is, you may not sneeze as much. The Air Washer also claims it can neutralize odor, which is a nice feature. But if the problem you’re having is a noxious odor, you may just want to think about cleaning your damned apartment.