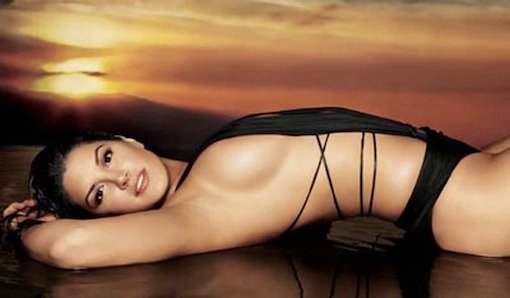 The action flick Haywire definitively proves one thing: that no amount of jerky cameras, quick edits, and wig-wearing stuntmen can replace a heroine who actually knows how to throw a punch … and kick … and just generally eff people up. MMA star Gina Carano brawls her way through the Bourne Identity-like thriller, surviving brutal knock-down, drag-out fights with — who else? — some of England’s most well-respected thespians. We’re not kidding: She battles Michael Fassbender and Ewan McGregor, meaning she need only beat the sh!t out of Gary Oldman and Colin Firth to successfully punch out the entire Academy Award Best Actor category.

To mark Haywire’s arrival on DVD and Blu-ray, we (politely) asked the lovely Gina to give us her picks for action role models we could never, ever live up to, but who we should try to emulate nonetheless.

BATMAN / BRUCE WAYNE
“He’s dark and mysterious, and therefore sexy. I grew up with Michael Keaton as Batman, but Christian Bale is pretty good, too.”

CHEV CHELIOS
“I really like the Crank movies. He just never gives up, and guys should emulate that. Never giving up, not even until the last second, under extreme pressure.” And what about his … predilection for public sex? “Yeah, that was really hot.”

BRYAN MILLS
“I really liked Liam Neeson’s character in Taken because he does whatever he has to for his family. He doesn’t care what he messes up along the way. He gets the job done.”

WILLIAM WALLACE
“Braveheart — this would be at the top of the list. He’s passionate, and he has purpose. That’s huge for any man — to have a purpose in his life, and to have something he’s super passionate about.”

Due to the security standards and incredible returns, everyone wants to deal in bitcoin. However, to trade...