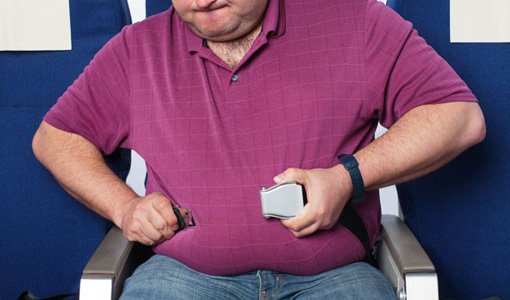 Big news in the airline world: Samoa Air has implemented a new weight-based pricing model! Now, your first question may very well be, “Why the hell should I care about that?” After all, Samoa air flies solely around Samoa and … other places near Samoa. And it’s comprised of just a few small planes. The interesting thing is that they’re not simply weighing luggage — they’re weighing passengers too. And naturally, this has sparked a debate about whether or not this amounts to an unfair “fat tax.”

The airline doesn’t seem too concerned about that, insisting their idea makes sense from a business standpoint. According to Samoa Air’s website, “your weight plus your baggage items is what you pay for. Simple.” Ballpark rates for flights are 93 cents to $1.06 for each kilogram (2.2 pounds). So if you meet the national average of 195 pounds and check a 35 lb. bag, you can expect to shell out around $100 or so for a one-way ticket. A ticket for a 300 lb. person would, of course, cost more. But people who pay more supposedly get more — more legroom, and more space.

Our take? Whatever. We wish nothing but the best for Samoa Air and the big Samoans who fly them. And if airlines we actually fly implement similar pricing models, we’ll look at it as just a little more incentive to put down the Fluffernutter.