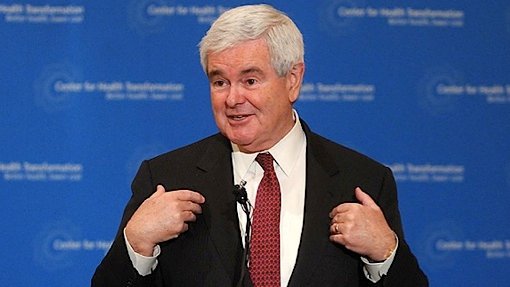 The impending official departure of Newt Gingrich from the GOP presidential race means Ron Paul and Mitt Romney are the only candidates left. (We’re no political scientists, but we’re guessing Romney will squeak out the nomination.) We liked Gingrich — he was good for a crazy pronouncement every now and then, plus he reminded us that in politics, serial adulterers who leave their sick spouses can still lecture the rest of us about morals. Gingrich will no doubt continue writing books and serving as the spokesman for Fluffernutters, but we can’t let him bow out of the presidential race without paying tribute to his time on the campaign trail.

ON CHILD LABOR
It’s a pretty safe bet that candidates for pretty much any office would come out against child labor, but not Gingrich. After all, nothing says “21st-century economy” like children’s janitorial guilds.

ON FOOD STAMPS
Gingrich called Barack Obama “the Food Stamp President,” which wasn’t a deliberate use of racially charged language at all. He also made it clear that he is not a fan of poor people eating.

NEWT ON MITTENS
When a Gingrich presidency actually seemed like a possibility, he began a series of political attacks against rival Mitt Romney, whom he called “fundamentally dishonest.”

NEWT ON MUSLIMS
Gingrich suggested the media was covering up the fact that President Obama had “Muslim friends.” Which, as everyone knows, disqualifies someone from being president. It’s in the Constitution.

NEWT ON GUNS
Gingrich chose mid-April, when a lot of people were kind of upset about the killing of Trayvon Martin, to announce that he thought the NRA has been “too timid” in safeguarding gun rights. He promised that as president, he would submit a United Nations treaty that would make toting a gun a universal human right. Wait, what?

NEWT ON THE MOON
If Gingrich gets his way, maybe he can run for Supreme Overlord of the Moon.