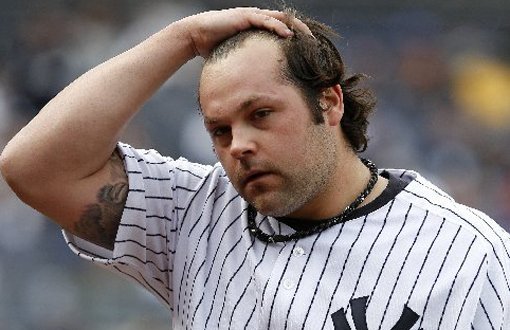 How did New York Yankees relief pitcher Joba Chamberlain suffer a 2012 compound fracture of his ankle — that’s right, bones were poking out of his skin? Well naturally, he did it while  bouncing on a trampoline with his 5-year-old son. The injury required surgery and a three-night hospital stay, and there was even concern for his life at one piont due to the amount of blood loss.  He eventually recovered and was eventually traded to the Detroit Tigers … and the Toronto Blue Jays … and the Kansas City Royals … and the Cleveland Indians.

But mangling an ankle on a trampoline doesn’t even come close to some of the goofiest ways pro athletes have injured themselves.

Next: An Awful Golf Cart Accident