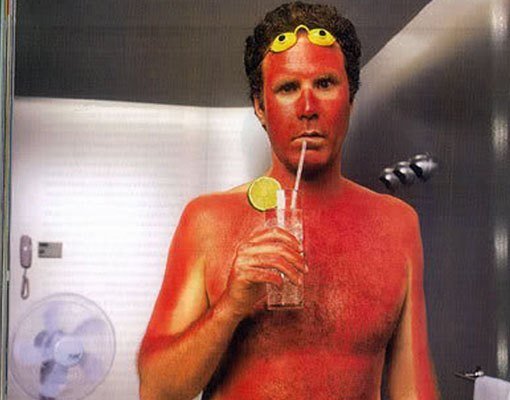 Guys Are More Likely To Get Skin Cancer

We’ve always hated the term “man cave,” but after hearing this news from Cancer Research UK, we might build one and never come out of it. Each year, more than 1,300 men and 900 women die from malignant melanoma. Even worse, researchers expect that gap to widen.

So why does this happen? Some scientists believe women simply have stronger immune systems against this type of cancer; another hypothesis is that guys possess a specific gene that predisposes them. Whatever the reason, it’s shitty news for guys who enjoy being in the sun.

The scientists also said that men are more likely to develop the skin cancer on their back, which unless you have eyes in the back of your head — and if you do, you’ve got another problem on your hands — it might be tough to spot without an extra set of eyes.

You can ask a woman to give your naked body a once-over (and of course, happily offer to do the same for her), or just head to the dermatologist and have the doc look at any suspicious spots. Treatment is more likely to be successful if the melanoma is in its early stages.

As for everyday prevention, be diligent about applying sunblock that’s SPF 30 and higher every two hours when you’re in the sun. If you sweat or swim, apply another layer. Basically, if you think you should put more sunblock on, do it. And even if you don’t think you need more sunblock on, put it on anyway.