Qwyrk is free for iPhone and Android users and provides access to clips from music, movies, comedy bits, and sound effects that you can send to friends via text, email, Facebook, Twitter, or through the app itself. You can sift by category (music, movies, comedy, etc.) or subcategory (gambling, pets, westerns, musicals, gross, wedding, etc.). 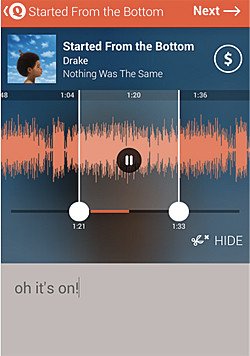 Why do we like Qwyrk? Along with being tired of emoticons and using text shorthand, Qwyrk allows you to edit clips, so there’s no need to send a YouTube link knowing the part you want the recipient to hear is 1:36 into the vid. That’s a surefire way to soil a punchline.

Okay, so the big question — how did we score free beer using it? It was simple, actually.

1. How To Score Free Beer Using Qwyrk
We met a buddy at a bar for happy hour and used the app to play a few sound clips from movies he’d know — American Pie, Billy Madison, Dazed and Confused, etc. Then we played a clip from Mallrats that we knew he wouldn’t know.

When he guessed wrong we proceeded to incessantly rag on him. He wanted another try. Sure, but i a wrong answer buys the next round. He agreed.

Unsurprisingly, he didn’t know a damn thing about the film Amazon Women On The Moon. Double or nothing we went with Definitely, Maybe. Again, he lost.

Final round: 80s movies. Would we choose a clip from Back to the Future, Fletch, Field of Dreams, or Midnight Run. Of course not. And his wrong answer for Out of Africa gave us a shutout win.

Naturally, seeing as it worked so well, we made it into a drinking game as a way to mingle with women. 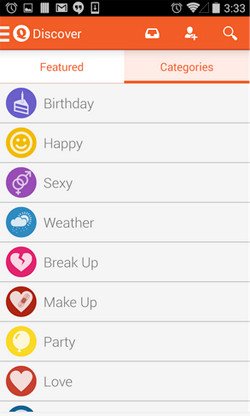 2. How To Meet Women With “Qwyrk Trivia”
We recruited some women to “Qwyrk Trivia” using the same rules as above. The only difference: wrong answer drinks. This impromptu trivia game was A) was an easy icebreaker, and B) got a heated movie discussion going. Thing we learned: lots of people really enjoy She’s All That. What ever happened to Freddy Prinze Jr., anyway?

As the game evolved we allowed follow-ups. Get the question wrong but name the year the movie or song came out, or title or the album or someone who starred in the movie, and everyone drinks.