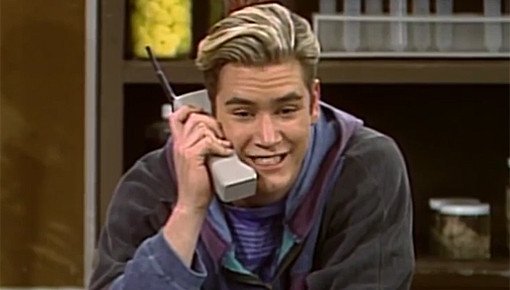 According to Pew Internet research, as of January 2014 more than 90 percent of Americans owned cell phones. The percentage of smartphone users was about 60 percent. That translates to more than 2,000 texts per month and roughly 67 text per day per user, according to Experian.

Sorry for all of the numbers, but we wanted put things in perspective. If you’re going to send a lot of texts ‚ and you clearly are — it pays to have some manners when sending them. We’re not suggesting you put as much thought into it as your senior thesis, but tweak current practices can go along way toward keeping your supervisors or a potential clients from second-guessing your intelligence or whether they want to work with you.

With family and friends, there rules vary by individual and it’s not as important. But when it comes to your career, putting these smartphone manners into practice can’t hurt your chances of getting ahead …

#1. Using All Caps
Only jerks, Sam Kinison, and Police Captains (see video above) shout incessantly. Your use of all caps should be like your use of exclamation points — to apply emphasis (i.e. Wait a minute — you seriously ATE your weight at Godfather’s Pizza?). Overuse of caps gives you an irked feeling in your gut because it denotes that the person on the other end of the message is treating you like an asshole. When you do it, that’s the vibe you’re giving off as well. Even if you’re angry, refrain on the caps until you can get the person to converse.

#2. Using Text Abbreviations
Be pithy, sure, but using too many acronyms or text talk (u, ur, smh, rofl, etc.) paints you as lazy. With text-to-speech available on practically all smartphones, if you’re too lazy to type, don’t be too lazy to let Siri or Cortana do type for you.