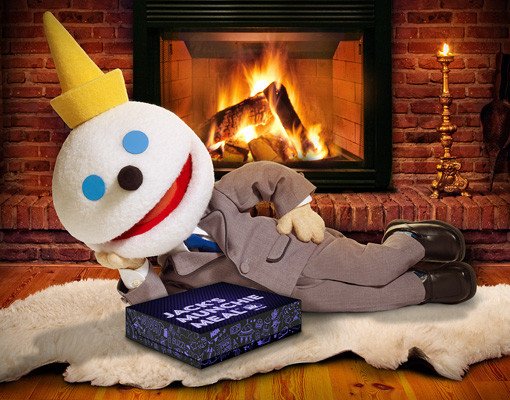 Whether you’re craving something after an extended happy hour or you simply need fuel after a modest three-night bender, what you choose to put in your tank matters. While we typically promote fruits, veggies, and other things we know you don’t enjoy eating, when it comes to late-night options, you gotta give into temptation sometimes.

Jack in the Box’s Jack’s Muncie Meals are an end-of-the-night (or super early morning) snack that offer a ton of food on the cheap. And despite being offered a bunch of $10 Jack in the Box gift cards for saying that, it’s true. For only $6 you get the following options that come with two tacos, halfsie fries (curly/regular), and a 20 oz. drink:

• Loaded Nuggets: Chicken nuggets drowning in two types of cheese with ranch and bacon.
Best consumed: If you have a chance of getting laid. Not heavy, and bacon breath isn’t nearly as offensive as onion breath.

• Exploding Cheesy Chicken: A chicken sandwich exploding with mozzarella, cheesy sticks, and gooey white cheese sauce.
Best consumed: When you don’t have a long or bumpy commute home, and your morning doesn’t involve any sudden movements.

• Brunch Burger: A burger with a fried egg and a crispy hash brown because why the hell not.
Best consumed: When you take a date to brunch. Duh.