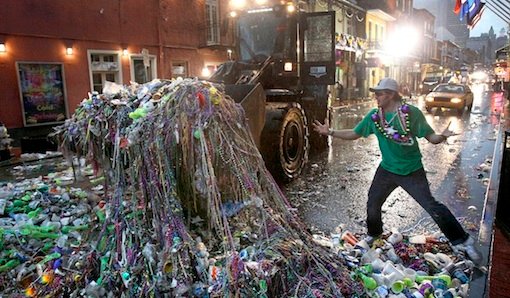 • If you flash anyone “as a joke,” take two shots.
Nobody wants to see your ghostly February torso, and they won’t give you any beads if you force them to look at it.

• If you get roped into a drunken argument with an evangelist, drink.
There are a lot of them wandering the streets, looking to save souls, and you’re best off not engaging with them. Regardless, be respectful — and that means you should not use their giant crosses as jungle gyms.

• If you’re straight but you accidentally walk into a gay bar, order a drink and drink.
They serve the same booze as any other bar. And hey, if you’re lucky, someone might even buy the drink for you. 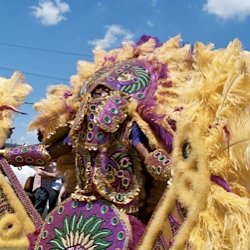 • Every time you see a costume that looks like it should be petted or plucked, drink.
Luckily, holding a drink will occupy your petting hand so you don’t get beaten up for drunkenly groping someone.

• Every time you see a dude trying to find a discreet hiding place for his camcorder, finish your drink.
How do you spot a guy trying to take hidden video? Well, he may be wearing a leather duster. Or he may have painfully obvious hair plugs. Or he may be breathing through his mouth. Or …

• Every time you see someone passed out in the street, drink.
Think of it as an acknowledgment that you too may be sprawled over a sewer grate in a few hours.

• If you ask a woman on a balcony to take her top off only to discover that she is, in fact, a dude, finish your drink.
Aw, don’t beat yourself up! Mardi Gras is the cross-dressing Oscars, so the trannys are really bringing their A game.

• Every time you pass a karaoke bar in which someone is warbling “Walking in Memphis,” enter that bar and do a shot of Jack Daniels.
If you’re on Bourbon Street, this’ll actually happen shockingly often. 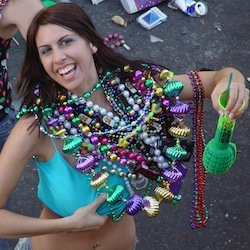 • Every time you see someone picking strings of grimy beads off the ground, drink.
Picking up beads on the ground is actually a huge faux pas (that’s French for “stupid thing you shouldn’t do, moron”).

• Every time you see someone drinking, drink.
Just kidding. We want you to have a good time, not die.