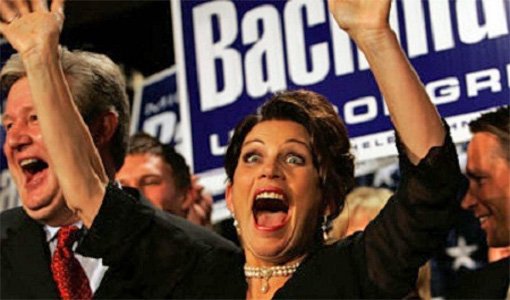 The Republican field got a little smaller after the Iowa caucuses ended this week when Rep. Michele Bachmann of Minnesota quit the presidential race. Like former front-runners Newt Gingrich, Rick Perry, and Herman Cain, Bachmann enjoyed a quick rise to the top of the polls followed by a quick fall once voters got to know a little more about her.

We’re gonna miss her. So to send her off, we figured we’d revisit some of our favorite Michele Bachmann wisdom.

ON JENNY MCCARTHYISM:
“I will tell you that I had a mother last night come up to me here in Tampa, Florida, after the debate. She told me that her little daughter took that vaccine, that injection, and she suffered from mental retardation thereafter.” (2011)

ON GAY LIONS:
“Normalization [of gayness] through desensitization. Very effective way to do this with a bunch of second graders, is take a picture of The Lion King for instance, and a teacher might say, ‘Do you know that the music for this movie was written by a gay man?’ The message is: I’m better at what I do, because I’m gay.” (2004)

ON CONCEIVABLY POTENTIALLY VIRTUALLY CREATING JOBS:
“If we took away the minimum wage — if conceivably it was gone — we could potentially virtually wipe out unemployment completely because we would be able to offer jobs at whatever level.” (2005)

ON WHY SHE APPARENTLY WOULDN’T MIND BEING SUFFOCATED:

ON GLENN BECK’S PROFESSORIAL DEMEANOR:
“We need to simply tell people the facts, like Glenn Beck, with that chalkboard, that man can explain anything. I think if we give Glenn Beck the numbers, he can solve this.”  (2011)

ON REWRITING HISTORY:
“The very Founders that wrote those documents worked tirelessly until slavery was no more in the United States.” (2011)

ON GAY PEOPLE BEING “PART OF SATAN”:

ON GAY PEOPLE BEING MARRIAGE MATERIAL: 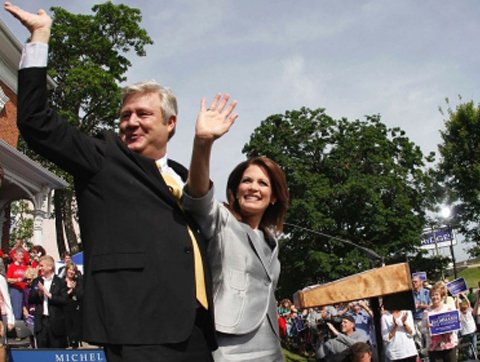