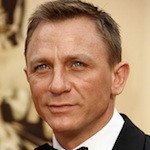 As much as you may resist the idea, your hairstyle matters. It just does. The prevailing myth is that women size up a man by his shoes, but if you don’t have a fine-cut head of hair, she isn’t going to be looking at your feet. A perfect hairstyle should reflect you, should at least hint at the answer to the question—Who are you?—before you open your lips. Long, flowing locks is a look that some men are born for and others aren’t, but anyone can master these short mens hairstyles. Pick one, stick with it, and make it yours. Consistency is half the battle.

ALSO: How to Get a Better Haircut from Your Barber

The Buzz: Sure, it doesn’t have a lot of flair, but you’re the kind of guy who doesn’t need that. It’s simple, it’s low maintenance, and—if you carry yourself right—it’s damned sexy. Don’t overlook the basics: Sometimes, that’s where the genius lies. Let the clippers do their thing.

Tight and Tapered: Here, the hair is tapered close on the sides and back, and it’s left long enough to comb on the top and upper edges of the sides. It’s nothing too flashy, but add a little gel or long, angled sideburns, and you’ve got style without trying.

Short Ivy League: The hair is aggressively short through the sides and rear, and the top is cut into a flatter shape. The look is basic but the results aren’t: You’ll be swarmed with promotions and numbers from local coeds alike. It’s style, it’s sophisticated. It’s you.

Those three short mens hairstyles should get you all started. Again, the real key is to pick something, and stick with it. The look is yours, so own it, and watch the world routinely melt when you flash a smile. Now, the girls can move on to your shoes.